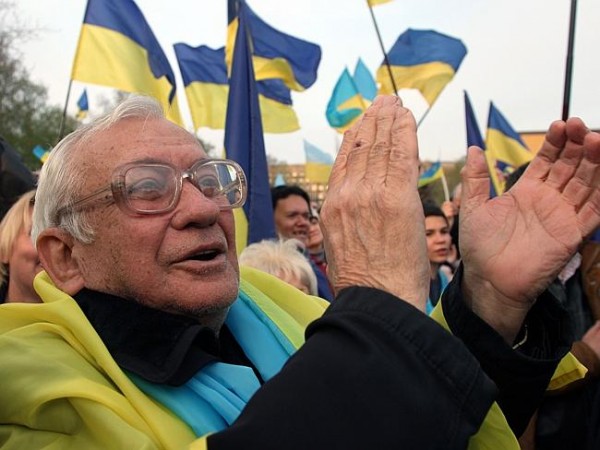 Ukraine’s president-elect Petro Poroshenko has been sworn in as the country’s fifth post-Soviet president as the nation faces disintegration and economic collapse.

The western-backed tycoon, upon his assumption of office vowed to avert civil war and mend ties with Russia.

Mr Poroshenko took the oath of office on Saturday a day after holding his first meeting with Russian President Vladimir Putin since a May 25 election victory entrusted him with taming a bloody crisis that has shaken the post-Cold War order.

The 48-year-old magnate — dubbed the “chocolate king” for his popular brand of sweets — first asked a packed session of parliament to pay a minute of silence for the 100 people killed in three days of carnage in Kiev that led to the February ouster of Ukraine’s Kremlin-backed regime.

The self-made billionaire then vowed to give an amnesty to any insurgents who had “no blood on their hands” as the first step in a peace initiative designed to save the nation of 46 million — which saw its Crimea peninsula annexed by Russia in March — from splitting further along ethnic lines.

“I am assuming the presidency in order to preserve and strengthen Ukraine’s unity,” Mr Poroshenko said.

“The citizens of Ukraine will never feel the blessing of peace and security until we resolve our relations with Russia.”

But Mr Poroshenko also added that he would never accept Russia’s seizure of Crimea or attempts to divert Ukraine’s pro-European course.

“Ukraine now returns to its natural European condition that so many generations have longed for,” Mr Poroshenko said firmly.

Moscow was only represented by its acting ambassador to Kiev.

Ukrainians hope Mr Poroshenko can resolve an eight-week secessionist drive by pro-Russian militants in the eastern rust belt that has claimed 200 lives.

He must also address a two-year recession and tackle endemic corruption that has turned Ukraine into one of Europe’s poorest countries and has fed public discontent.

A step in the right direction may have been taken on Friday when he shook hands with Mr Putin on the sidelines of D-day commemorations in Normandy.

Moscow had previously said it was ready to work with the new president but stopped short of explicitly recognising him as the legitimate leader of the Ukrainian people.

US President Barack Obama said Russia had to recognise Mr Poroshenko as legitimate if it wanted to resolve the flaring conflict.

Russia also needs “to stop financing and arming separatists who have been wreaking havoc in the eastern part of the country,” Mr Obama added.

Western powers have threatened to slap punishing new sanctions on Russia’s economy should Mr Putin fail to demonstrate a more cooperative approach by the end of the month.

And the Kremlin chief appeared to take the first step in that direction Saturday by ordering the Federal Security Service to reinforce its protection of the Ukrainian border to stem the flow of Russian arms into the separatist east.

“I cannot but welcome the position of Mr Poroshenko on the necessity to end the bloodletting immediately in the east of Ukraine,” he told reporters in France.

“I cannot say for sure how that can be implemented in practical terms, but overall it seemed to be to be the right approach,” Mr Putin said.

“I hope that will happen, and if that happens, the conditions would be there for the development of our relations in other areas, including economic.”

But Mr Putin also warned that Russia would have no choice but to slap trade restrictions on Ukraine should it proceed with plans to sign a historic economic treaty with the European Union in coming weeks. [AFP]