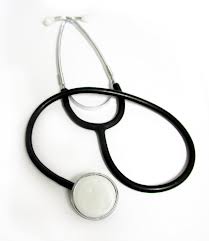 Resident doctors in the government-owned hospitals in Lagos on Thursday resumed duty following the suspension of their three-day warning strike over some unresolved issues affecting them.

A Correspondent of the News Agency of Nigeria (NAN) who visited some of the hospitals reports that the doctors were seen attending to the patients.

NAN reports that the National Association of Resident Doctors (NARD), had through its National President, Dr Jibril Abdullahi, on May 27, announced that the doctors would on June 2 begin a three-day warning strike.

Abdullahi said that their grievances were based on residency training and the re-integration of the doctors into the Integrated Personnel and Payroll Information System (IPPIS).

Others demands include the payment of three months’ salary arrears owed doctors in the Federal Medical Centre, Owerri and non-implementation of the Consolidated Medical Salary Structure (CONMESS).

Dr Akintayo Akindele, the President, Association of Resident Doctors (ARD), National Orthopaedic Hospital, Igbobi, Lagos Chapter, said that their resumption was in the interest of the patients and the nation at large.

Also, Dr Olusegun Akinwotu, President of the association at the Federal Neuro-Psychiatric Hospital, Yaba, said that suspension of the action was informed by the doctors’ concern for the patients.

“We decided to suspend the strike in the interest of our patients who we consider paramount”, he said.

In his comment, Mr Henry Etim, the Public Relations Officer, Federal Medical Centre (FMC), Ebute Meta, Lagos, said that resident doctors in the hospital had resumed at their duty posts.

He said, “Resident doctors in the hospital were fully at work as at 8.00 a.m.

However, the situation was different at LUTH as the resident doctors refused to suspend their strike on the grounds that they still had some local issues yet to be resolved.

In his reaction, Dr Omojowolo Olubunmi, LUTH President of the association, said, “Though, the National Association of Resident Doctors (NARD) warning strike had ended, the LUTH-ARD will continue with its indefinite strike”.

Olubunmi said that the local strike would be indefinite since LUTH management had yet to meet the association’s demands, especially the problem of residency training. (NAN)