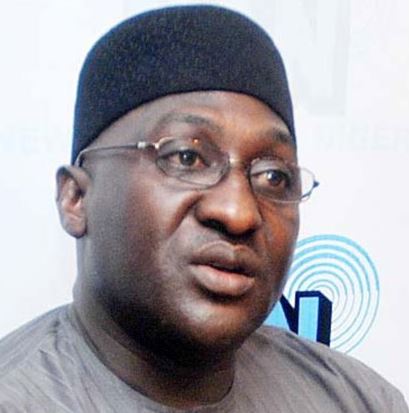 A suspected member of Boko Haram attempted to detonate another Improvised Explosive Device, IED, at EMEB Plaza in Abuja shortly after the explosion that killed 21 persons on Wednesday, 26 June, 2014, according to the coordinator of the National Information Centre, NIC, Mr. Mike Omeri.

Omeri made this disclosure in Abuja Friday afternoon when he led other members of the NIC in a media briefing on government’s efforts to curb insurgency in the country.

Sahara Reporters quoted Omeri saying the timely response of security agents at the scene of the attack prevented the terrorists from detonating the second explosives.

He explained “that their (security agents) prompt action on that afternoon led to the arrest of one of the attackers and the killing of another that was almost using his gadgets to detonate the second and possibly the third deadly device.”

Omeri denied reports that said the CCTV cameras installed around some areas in the Federal Capital Territory are not functioning.

He informed that Minister of the FCT, Senator Bala Mohammed told him that the cameras were functioning and that more are to be installed.

Omeri however, advised citizens to also install the cameras in their premises to complement that of government.

The Director General of the National Orientation Agency, NOA, also gave assurances that efforts by the Nigerian military to subdue the Boko Haram insurgents were progressing steadily and that the war was being won by government troops.

“While we do not want to go into details of operations currently taking place, it is advised that the practice in which some persons just bandied figures of casualties on either the side of the military or insurgents should be discouraged and checked.

“The truth remains that the military is winning the war and the nation shall surely triumph in this fight”, he declared.

He also urged Nigerians especially parents and school pupils to ignore messages on the social media that some schools were being targeted for attack and assured that security agencies were working assiduously to ensure that schools are safe and academic activities remain unhindered.

Police Public Relations Officer, Mr. Frank Mba, who was promoted to the rank of an Assistant Commissioner of Police on Thursday, 25 June, 2014, appealed to the public for patience.