This moment, which has already made 2014 Mundial history, might cost the Liverpool forward 2 years of game as FIFA have started investigation into the matter.

It would be recalled that Suarez was already involved in a similar story with Chelsea’s Branislav Ivanovic and PSV Eindhoven’s Otman Bakkal.

Like FIFA, social media jokers could not ignore the fact of Suarez showing and using his sharp teeth. 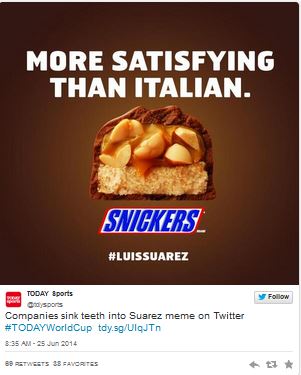