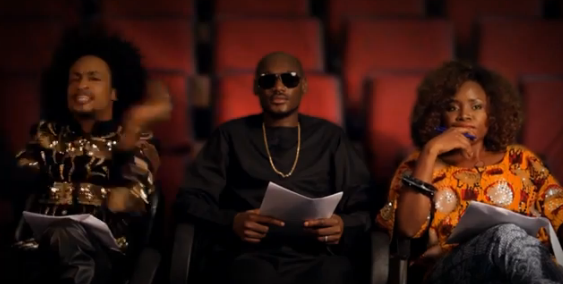 Cinema audience, music and movie lovers had a taste of what could be described as buy one, get one free as Tuface Idibia, Omawunmi, Beverly Naya and Denrele Edun made strong debut on the big screen with inspirational movie, ‘Make a Move.’

‘Make a Move’ which had dance as one of its themes is the debut production of AMBO winner, Ivie Okujaye. ‘Make a Move’ is the story of two sisters, who had to fight poverty, death of a father and cruelty of a step-father, with the only available tool to them which was dance. 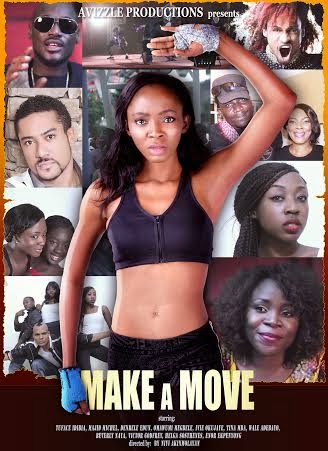 The movie which is presently showing in cinemas across Nigeria, has been described as a breath of fresh air in Nollywood. Aside Tina Mba, Wale Adebayo(Sango) and Majid Michel, almost every other member of the cast are fresh faces in Nollywood, which is a deviation from the norm in present day Nollywood.

The movie had first week appearance in the cinemas last week and had received rave positive reviews, aside from Ivie and Adebayo giving what stakeholders call performances of their lives, Beverly Naya treats the audience to scintillating sultry dance-steps that further lends credence to the fact that she is one of the next big thing in the entertainment industry.

Speaking on ‘Make a Move’, Ivie said, “It is not a dance movie but about two sisters that found dance”, she also said “the topic of women, children and abuse inspired the movie. I want people to realize that ‘Make a Move does not focus on the abuse but on how to escape from the abuse through art, in our case we chose dance as the art. That is what is most important to me because I am fond of dancing, singing, acting, writing and I’m passionate about women and children, taking all that and compounding it into one that is really the foundation and genesis of Make a Move.”