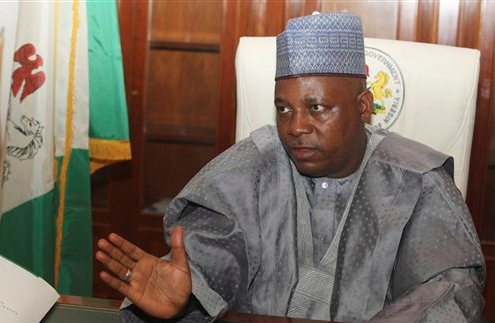 Governor Kashim Shettima of Borno State on Saturday said he stayed away from the All Progressives Congress National Convention in Abuja as a mark of respect for the abducted schoolgirls.

The Special Adviser to the governor on Communication, Mallam Isa Gusau, said this in a statement issued in Maiduguri.

“Shettima stayed away from the Eagle Square, venue of APC national convention as a mark of respect for victims of Boko Haram attacks in Borno that include families of those killed across the state.

“The action is also to honour parents who have remained in despair following the abduction of about 200 schoolgirls at Government Girls’ Secondary School, Chibok.

“The governor believes that the convention was a legitimate democratic process that must not be stopped in order to defy insurgents.

“Their (insurgents) desire is to suspend and replace liberal and constitutional democracy with violent doctrines that has no religious backing”, the News Agency of Nigeria quoted the governor’s aide as saying in the statement.

The statement said Shettima opted to stay away from the convention in order not offend the sensibilities of victims of the serial attacks in the state.

It added that the governor delegated his deputy, Zannah Mustapha, to represent him at the convention.

Mr. Gusau also said that Mr. Shettima shared in the aspirations and visions of the APC, which is to transform Nigeria.

The Borno governor is one of the 16 state governors that are members of the APC. (NAN)