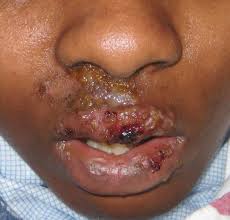 A woman has sued the hospital, her ex-boyfriend, and two employees at the University of Cincinnati Medical Center for posting her personal information — including a diagnosis for a sexually transmitted disease — on Facebook. The woman’s ex-boyfriend is involved in the lawsuit for allegedly convincing two hospital employees to post the information.

The woman’s information, which revealed that she had been diagnosed with syphilis, was posted on a Facebook group entitled “Team No Hoes,” according to WLWT-TV. The Facebook group is closed (meaning it is accessible to members only) but the woman still was able to access the post, which referred to her in derogatory terms such as “hoe” and “slut.” The group, which still exists, has more than 2,000 members.

“She was absolutely devastated. That is the most private of private medical information that was posted on Facebook and went out to a group on Facebook that had a huge dissemination,” said attorney Mike Allen, according to Raw Story, “To have that kind of information in the public domain when it is clearly legally to be protected, that’s a problem and that’s a problem that UC’s responsible for.”

Allen has stated that his client is seeking more than $25,000 in damages. Hospital officials have claimed that they have not yet received the lawsuit and that they are unable to comment on pending litigation.