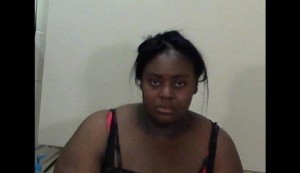 A infant had surgery in Louisiana on Monday after the child’s mother threw the baby out of a moving vehicle to gain the attention of the father, according to a report by the Franklin Parish Sheriff’s Office.

Lasasha Allen, 23, of Winnsboro, Louisiana, allegedly sent a text to the baby’s father saying that the child had fallen out of her vehicle before the incident occurred, according to KATC-TV 3.

Because the baby’s father did not respond to the text the way Allen wanted, she allegedly drove to a rural area on LA 865 and pushed the baby out of her passenger side door while moving 30 to 40 miles per hour.

Allen is charged with attempted second degree murder and is currently detained at the Franklin Parish Detention Center. She is being held on $750,000 bail. Allen’s injured child and her five other children have been placed in the custody of Child Services, said Sheriff Kevin Cobb.

Allen allegedly wanted “to inflict minor damage” to her baby, so she would not be caught lying to the child’s father, Cobb said.

After the surgery, the baby was in a stable condition.