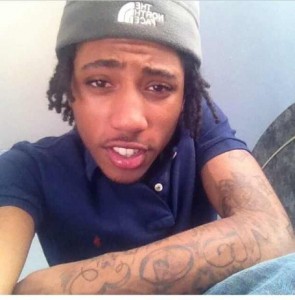 Young men need to stop trying to live the “hood life” because their lives will be at risk. A 16-year-old boy was fatally shot by the owner of a convenience store. He killed the teen, as a result of his store being robbed at gun-point.

The owner of Step-N-Style in Dayton, Ohio says that he shot and killed 16-year-old Isiah Haggins early this week after Haggins and a second suspect entered with a gun looking to rob the place. Back in 2012, the store was also robbed at gunpoint, but the store-owner did not own a firearm at the time, so he was unable to defend himself. The perpetrators wound up getting away with nearly $30,000 in merchandise. That incident reportedly prompted him to purchase a gun, so when Haggins and the other suspect entered the store on Monday, the owner was fully prepared to defend himself.

“Somebody just tried to rob my store and I killed one of them,” the store-owner told a 911 dispatcher. “I shot him. He had a gun.”

The second suspect fled the scene. The police are currently investigating the incident and Haggins’ family is demanding answers.

“I want to know what happened, where he was shot?” Kay Haggins, the teen’s grandmother, said. “Was it self-defense? Because it’s their word and he’s not here to speak for himself. We don’t know. We are just going by what [the storeowner] said. I just want to know how my grandchild died.”

Haggins’ maternal grandmother Carrie Gober says that her grandson recently got involved with a troubling group of people and she worried about him, especially after he was expelled from school.

“He started hanging with some guys that I didn’t know. I just didn’t feel comfortable with the boys,” Gober said. “I told little Isiah that I didn’t feel comfortable with them. I didn’t know them. I didn’t trust them. Just because he had dreds and tattoos, that doesn’t mean he was a thug. He wasn’t. He was a home baby. He loved to be home. I don’t know what happened to make him go down that road. It’s not him.”

The teen’s father, Isiah Haggins Sr., also questions what happened and why his son started going down a bad path.

“I want answers. And I want the truth,” the grieving father said. “What was going through his mind? I had spoken to him that morning and we were supposed to hang out. He wanted to go shopping, so he was going to call me back. He never called me back.”

Police are currently searching for the second suspect and say that he could be held accountable for Haggins’ death, even though it was the store-owner that shot and killed the teen.