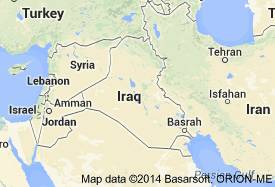 Gunmen killed 25 women and wounded at least eight people on Saturday when they stormed two buildings in a residential compound in Baghdad, Iraqi capital, reputedly used for prostitution, police and government sources said.

“Twenty-five women were killed and eight people wounded, among them four men, when gunmen stormed two buildings in a residential compound in Zayouna in east Baghdad,” an interior ministry official told AFP.

An AFP correspondent on the scene said police cordoned off the area while eyewitnesses also said several people were arrested in the aftermath of the killings.

“This is the fate of any prostitution,” read a inscription on the door of the one of the raided buildings.

Residents said the street’s sole access point was manned by police and soldiers.

It was not immediately clear who the killers were but similar raids killed 12 people in May 2013 and three women two months later in the same mainly Shiite neighbourhood of the Iraqi capital.

Shiite militias have become more active on the streets of Baghdad since Sunni militants led by jihadist fighters took over large swathes of eastern and northern Iraq a month ago.