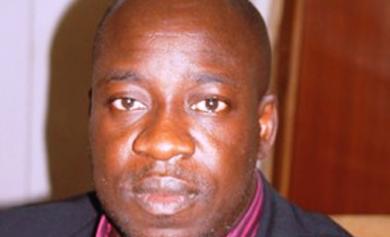 A former Sports Minister, Mallam Bolaji Abdullahi, has said the All Progressives Congress (APC) has the solution to Nigeria’s political development and stability.

He, therefore, urged Nigerians to think carefully of the party they will cast their votes for in next year’s general elections.

Abdullahi, who publicly declared his membership of the APC yesterday in Ilorin, the Kwara State capital, said the opposition party is the only party that holds the key to Nigeria’s political future.

The former minister told reporters that he had become a card-carrying member of the APC and was now involved in partisan politics.

He urged Nigerian professionals, who desire a positive change in the affairs of the nation, to join the party.

The former minister said he discovered when he was in office as a commissioner in Kwara State and a minister at the federal level that professionals, especially journalists with commitment, can make changes happen when they are called upon to serve.

“So, if you conclude that they are better, then there is no need for you to change. But if, like many of us, you face the reality that they are not, then you will understand why we say that we need a change.

“I have served at the state and national levels and I am convinced now that I should be more involved in contributing to solving problems, not just writing about them (problems). That is why I am now a full member of the APC.

“Yes, I used to see myself as a technocrat. It was strategic because I needed to have an environment to perform the job I was given without necessarily becoming political or promoting myself. That’s because whether as a commissioner or minister, I was only there by the recommendation of my bosses. I needed to do the work assigned to me without failing.

“However, I also discovered that much as that gave me the opportunity to perform, the truth is that it became a limitation in some ways. This is because when the decisions are to be made, which would affect the people, technocrats are not allowed to be in such gatherings. They are only called upon to implement the decisions and, even in doing that, they have to be careful because it may affect the fortunes of the politician”.