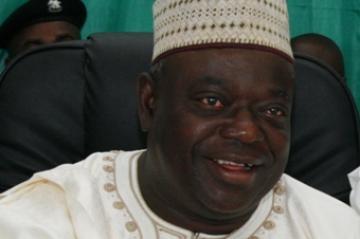 Governor of Niger State, Dr. Mu’azu Babangida Aliyu, has warned Nigerians against politicizing the national census, saying that previous exercises in that regard failed to achieve the desired results because of the way it was handled.

According to him, Nigerians preferred to see census as a means of getting higher returns from the national purse instead of seeing it as a guide to effective national planning for the development of the country.

Gov. Aliyu gave the warning on Wednesday while receiving the report of the National Population Commission at Government House, Minna, presented by the National Commissioner, Aliyu Datti.

He said, “We need to know the population distribution of the country, which will help in proper planning”.

Aliyu, who is the Chairman, Northern States Governors Forum, advised his colleagues and the local government chairmen in the northern part of the country as well as other stakeholders to begin immediate preparation for the 2016 national census, in order to make a success of the exercise.

He stressed that timely preparation for the census was essential, though the Federal Government was yet to indicate its desire to conduct the exercise.

“We don’t want the North to be caught unawares whenever the announcement is eventually made”, he added.

Aliyu noted that because of the landscape covered by the region and its huge population, it was necessary that adequate arrangements and timely preparation be made to ensure that virtually everybody is counted during the head count.

He said, “I want to use this opportunity to call on all the Northern governors to give the National Population Commission the needed support for the 2016 census to be successful”.