The Speaker of  Anambra State House of Assembly, Chinwe Nwaebili, is allegedly presently at war with her father, Igwe P.C.U. Afebero, traditional ruler of Ogbakuba community in Ogbaru local government area, over a chieftaincy title.

Leadership reports that the speaker is against her father’s plans to confer chieftaincy title on the member representing Ogbaru federal constituency in the House of Representatives, Victor Afam Ogene.

Sources in the community informed that Nwaebili has challenged her father over the royal father’s decision to honour the federal lawmaker with a chieftaincy title in appreciation of his “quality representation” and “numerous empowerment gestures” towards the people of the constituency.

It was gathered that the monarch had decided to honour Ogene, who is the deputy chairman of House of Representatives committee for Media and Public Affairs,  with a chieftaincy title on Saturday, 26 July, 2014.

But his daughter, who is rumoured to have an ambition to wrestle the House of Representatives seat from Ogene in the forthcoming general election, was said to have been infuriated by her father’s support for Ogene. 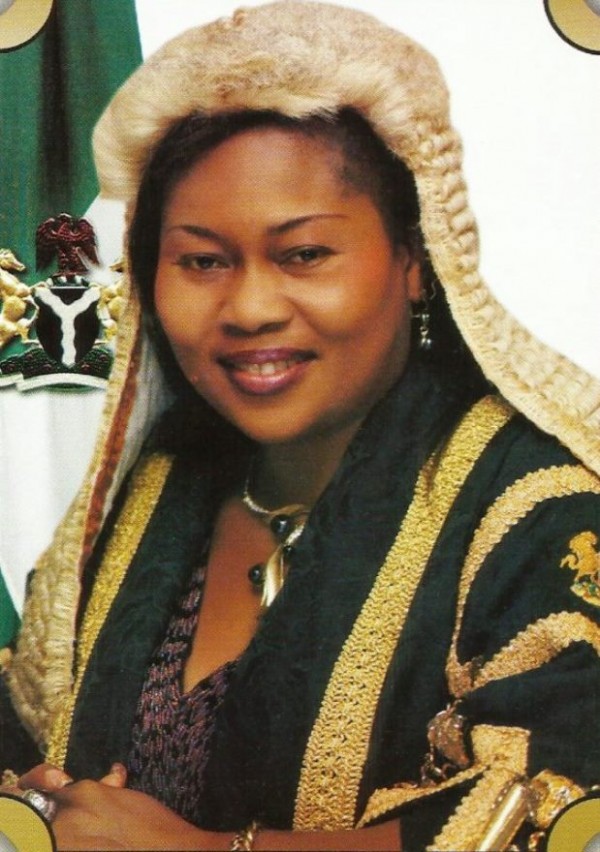 A source who is close to the speaker informed that she was particularly angry with her father because she believes if he confers the chieftaincy title on Ogene, it would send a signal to the people of the constituency that her father had endorsed Ogene’s re-election ambition as against her own interest in the seat.

Meanwhile, investigations revealed that the federal lawmaker has already prevailed on the monarch to shelve the chieftaincy award.

According to a statement issued on Friday, 25 July, 2014, the media aide to Ogene, Edward Dibiana, announced Ogene’s withdrawal from the chieftaincy title.

The statement read: “The chieftaincy title conferment on him (Ogene) by His Royal Highness, Igwe P.C.U Afubero, Eze Izagbo II of Ogbakuba, Ogbaru LGA, Anambra State, billed for Saturday, July 26, 2014, at Ogbakuba is being shelved, to avoid the intense politicisation and attempts to breach public peace, using the occasion as excuse.”

He, however, thanked the people of Ogbakuba for the honour done him and pledged to always abide by his principle of politics without malice.