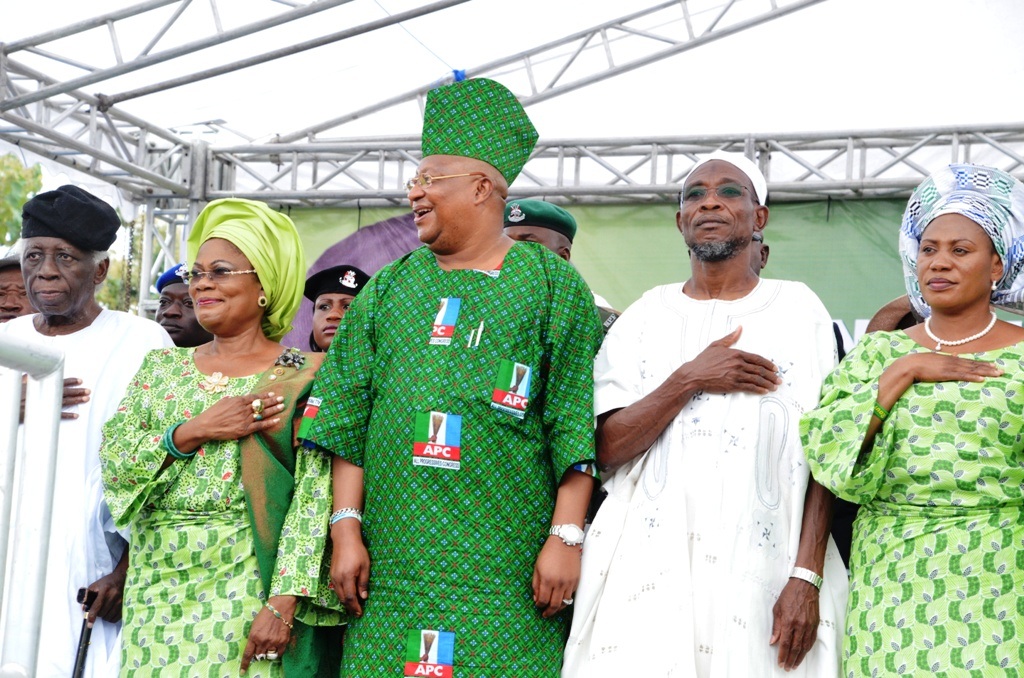 Four chieftains of the Peoples Democratic Party (PDP) in Osun State expelled from the party, have joined the All Progressives Congress (APC).

The former PDP members were received into the APC fold by Governor Rauf Aregbesola at a campaign rally organised by the APC in Ilesa.

The four defectors were among the six expelled on Monday for alleged anti-party activities.

Aregbesola urged the people to pray fervently for a smooth election come August 9, saying the poll will determine the destiny of the state in the next 20 years.

He urged the people not to be intimidated by the proposed deployment of soldiers and police during the forthcoming governorship election.

He described the seven and a half years of the PDP in Osun State and 15 years at the federal level a waste.

While urging the electorate not to fear soldiers and the police, Aregbesola said, “All security agents, according to the constitution of Nigeria, have the responsibility to protect the people. Therefore, police or soldiers cannot point his gun to any Nigerian who has committed no crime”.

Speaking at the rally, Governor Ibikunle Amosun of Ogun State said the APC government had brought back the glorious era of the late sage, Chief Obafemi Awolowo, to the Southwest.

Amosun described as ridiculous, the PDP’s reduction of governance to “stomach infrastructure”, warning the people not to be deceived “by cash and carry politics”.

Speaking on behalf of the defectors after receiving the APC flag, Oyelami described PDP as a party that has nothing to offer the people.

He described the three and half years of Aregbesola in office as progressive, enterprising and growth-oriented, advising the people not to vote wrongly to a party of “buccaneers”.