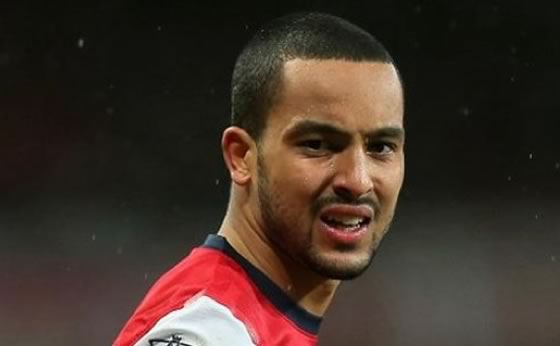 Arsene Wenger says that Theo Walcott
should be back in full training next month, and expects his return to first team action to happen quite quickly after that.

The England man has been sidelined since January with a cruciate ligament injury, and spoke this week about how well his recovery was going. Yesterday, speaking the official site, the boss was asked when Walcott might return and said, “He’s progressing very well.

He’s worked very hard during the summer and we expect him to be back in full training at the end of August.”

Pressed on when he might feature for the team on that basis, he continued,

“That’s difficult to predict. Once he’s back in full training it can be very quick. He has a good basis, which is what he’s working on now.”{Arseblog News}