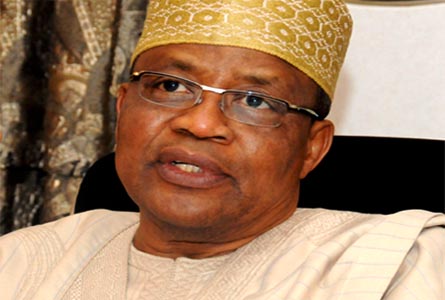 Vanguard reports that the governor, who is also the Chairman of the Northern Governors Forum, made the call in his Sallah message to Nigerians on behalf of the forum through a statement issued by his Chief Press Secretary, Israel Ebije.
Aliyu advised Nigerians not to allow insurgency break them, noting that the country’s unity was not negotiable. He promised that government would soon put an end to insurgency.
“Nigeria is a great country and we must ensure that it continues on the part of greatness by making sure that we all believe and have confidence in ourselves again because like all artificial trends, the insurgency will soon be a thing of the past” he said.
The governor, who called on Nigerians to be more security-conscious, also advises against violence saying; “violence is never part of our culture”.
“We have seen the direction the security challenges have plunged Nigeria into and it is, therefore, important that we join hands and wage war against these few enemies in order to enjoy the peace and freedom we have been used to,” he said.
Aliyu, while commending security operatives for their fight against insurgency, also called on Nigerians to be their brothers’ keepers and provide useful information that would help curb insurgency to security agencies.
The Governor, who has become famous for condemning the activities of the radical sect, Boko Haram had on July 8, 2014 described the sect’s activities as unIslamic.
The Jama’atu Ahlis Sunna Lidda’awati Wal-Jihad, popularly known as Boko Haram, in Hausa language means “Western education is sin”. The terrorist group has its stronghold in the northeastern part of the country, and the neighbouring Cameroon and Niger. It has launched numerous deadly attacks and bombings, which have claimed thousands of innocent lives in its quest to Islamise the country and put an end to what they described as westernisation.
The sect is responsible for the abduction of over 234 school girls from GGSS, Chibok, Borno State. Their menace has attracted attention of the global community. France, U.S, China, Israel, Britain and several others have volunteered to help the Federal Government in wiping Boko Haram insurgents out, as well as rescuing the kidnapped Chibok girls.
Boko Haram, which was designated a terrorist group by the USA in 2013 and sanctioned by the UN in June 2014, started its armed struggle in 2009, after the extrajudicial killing of its founder, Mohammed Yusuf, while in police custody.