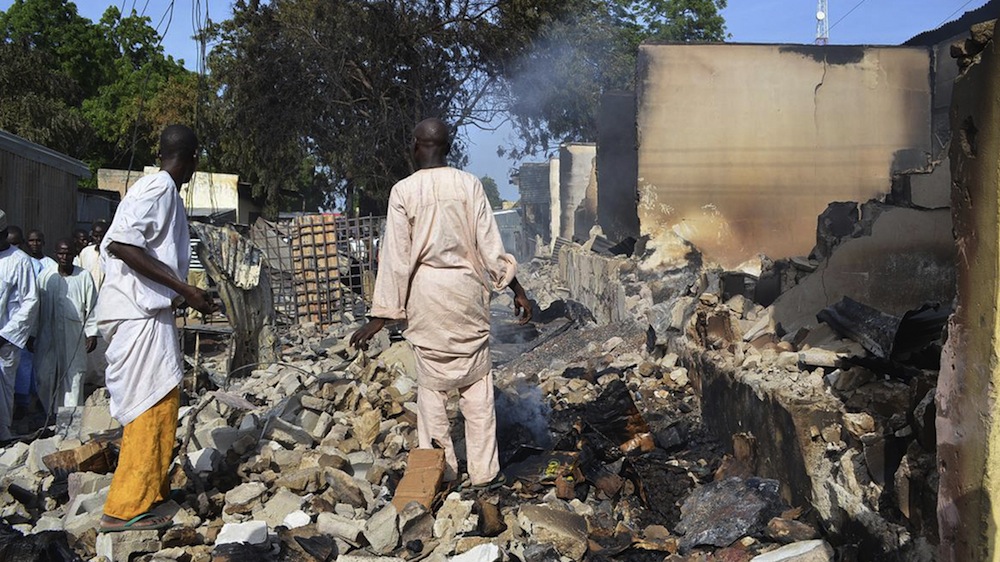 At least 50 members of the Boko Haram sect were killed on Friday night when they staged a daring attack on a military location in Damboa, Borno State, the Defence Headquarters, DHQ, has said.

The Director of Defence Information, Chris Olukolade, said the insurgents “stormed the troops’ bases and police locations while most of the troops were out on patrol of surrounding villages”.

The statement reads in part: “A total of five soldiers and a senior officer were also killed while repelling the attack. A cordon and search of the locality is ongoing, while the bodies of the fallen soldiers have been recovered and deposited in the military morgue.  The wounded are also receiving treatment in the military medical facility”.

On the curtailment of insurgents in Baga and Konduga, Olukolade, a Major General, said troops on patrol around Baga area recovered explosives and rifles concealed in a truck loaded with fish and other commodities.

Four suspects were taken into custody in connection with the discovery.

He added: “At Konduga also in Borno State, a suicide bomber in a Golf car, yesterday (Friday) crashed into a checkpoint killing himself, a policeman and three Vigilante Youth members”.

Boko Haram has continued to wage a series of daring attacks on Borno and other northern Nigerian states, despite the military onslaught on the sect.

The group, which claims it is fighting for the establishment of Islamic law in the country, has been responsible for the death of over 13, 000 people since it took up arms against the Nigerian government in 2009. It is still holding captive, over 200 secondary school girls it lured from Chibok, Borno State, in April, 2014.