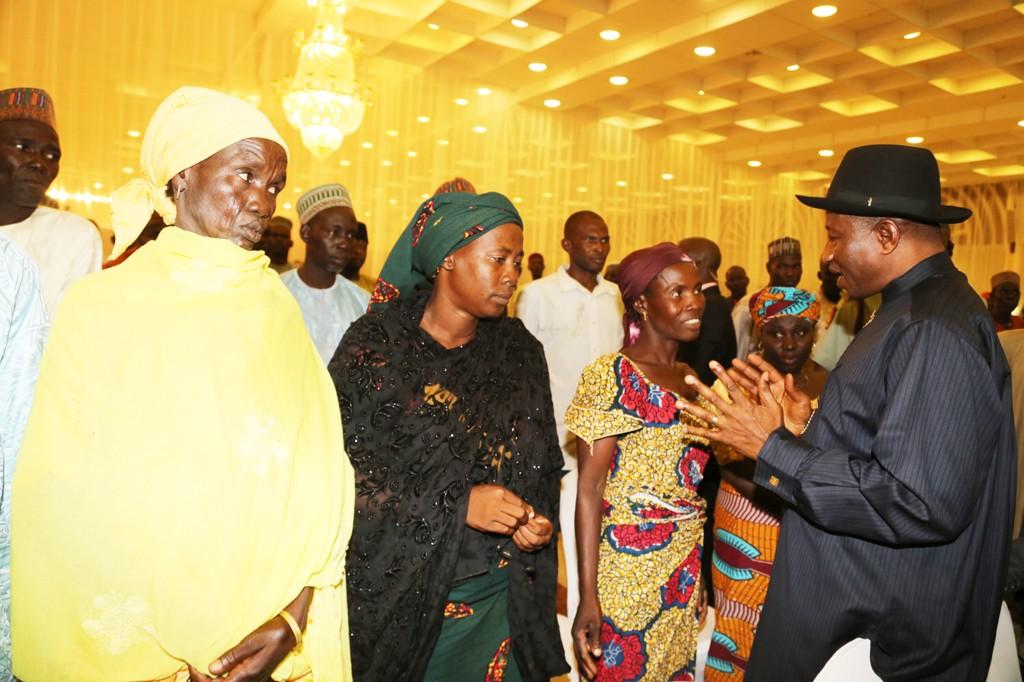 Members of Chibok community in Borno State from where the over 200 secondary schoolgirls were abducted over three months ago, have lamented that even though it took the Presidency over 99 days, after the incident to meet with the parents of the girls, nothing new was said at the meeting.

“We all waited patiently for the parents to come and tell us something new concerning the girls but the poor parents rather returned home more confused”, said one Malam Musa, a native of Chibok, who resides in Maiduguri, the Borno State capital.

Musa said all that they expected to hear from the returned parents was how soon the rescue efforts will be and not what the government would do for them if they eventually got rescued.

He argued that similar assurances were given to them by Borno State Governor, Kashim Shettima, when he met with some 25 escaped girls as well as some of their parents in early June this year at Government House, Maiduguri, all to no avail.

“Our concern is the rescue of the girls whom we fear that their continued stay in the captivity of the terrorists may cause them a lot of physical and psychological harm, and not what the government would do if they eventually got rescued.

“I think there was nothing new which Mr President told the parents and some of the girls at Aso Rock because all those promises made to them had been made about two months ago by Borno State governor who said about N150 million had been set aside by the state government as part of what was to be spent on the girls while the rest would be expended on those in captivity should they eventually get rescued”.

“I think the real issue is not what would be done to assist them, but what is being done to free them which is more important because the longer these young girls stay in captivity, the dangerous it might turn out to be should they eventually return home. If it is what would be done after the rescue, it is not a cheering news as far as we are concerned”, Musa said.