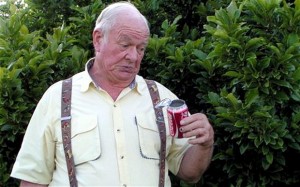 Drinks giant Coca Cola is investigating after a can of the fizzy drink exploded in a customer’s car.

Pensioner Michael Knight said he left the drink on the rear seat of his Citroen C5 car and discovered that the top had blown off, spilling the contents over the seat.

He said the can had been left under a towel so was not in direct sunlight although he concedes that the car could have become hot while parked.

Mr Knight is concerned that their grandchildren could have been in the car at the time, which is fitted with a child seat.

He will also need have the car valeted as the sticky residue from the exploding can has spilled over the carpets and seats.

Mr Knight, from Taunton, Somerset, said: “We left the Coca Cola can in the car inadvertently and were shocked to find the thing had exploded.

“It appears to have given way at the weak spot on the tin and just blown apart.

“The contents are all over the car. We have never heard of anything like this happening before and Coca-Cola is investigating.

“We are concerned that our grandchildren could have been with us at the time and it was left next to a child seat for our youngest granddaughter who is eight.

“What would happen if someone was driving along a busy motorway and the thing exploded and caused the driver to swerve?”

A spokesman for Coca Cola said: “Thank you for bringing this matter to our attention. We take great pride in the quality of our products and were very concerned to hear of your reader’s recent experience.

“We have been in touch with Mr Knight to apologise for any distress and to arrange to collect the can so that we can conduct a thorough investigation to understand exactly what may have happened.”