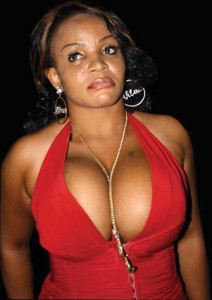 There is nothing more sexy in this world than two women with big fronts and back fighting, even if it’s on Twitter.

Controversial singer and actress Cossy Orjakior and other celebs decided to show a little skin in support of the Eagles, and they still lost :(

So Wat Happens 2All Them Girls Dat Had 2Strip 2Support D Eagles?#Just Asking#But Dat’s None Of My Bizness#IStillLoveMySuperEagles#

Cossy Orjiakor immediately got the sub and she didn’t waste a second to throw shot at the Igbo actress.

Check out her tweets below: –

PS: Cossy has deleted the tweets

Ebube Nwagbo then retweeted this…