Nigerian singer Davido is very angry and he did not hesitate to vent out his anger on twitter at an unknown ‘artist’. 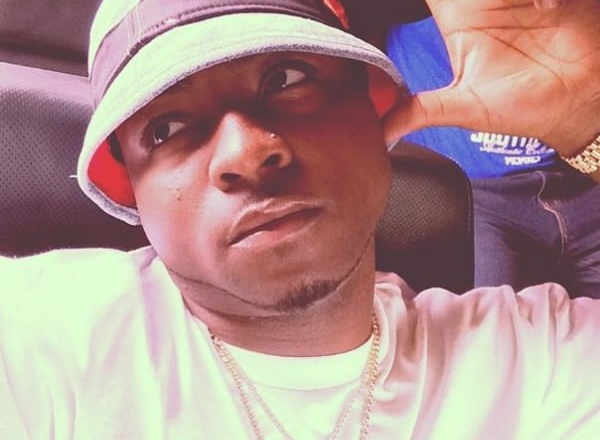 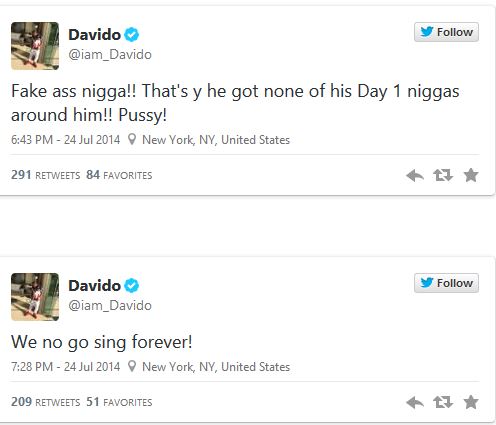 Although he did not mention whom he was pissed at, some of his fans on instagram, however, think he was referring to his colleague, Wizkid.

Read some of his fans’ comments below: 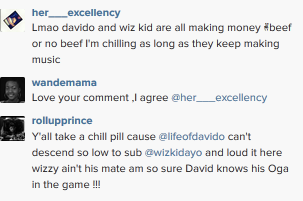 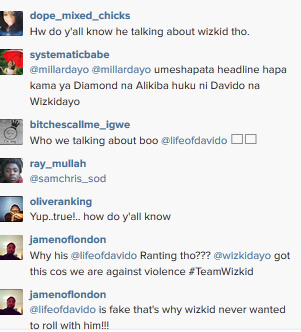 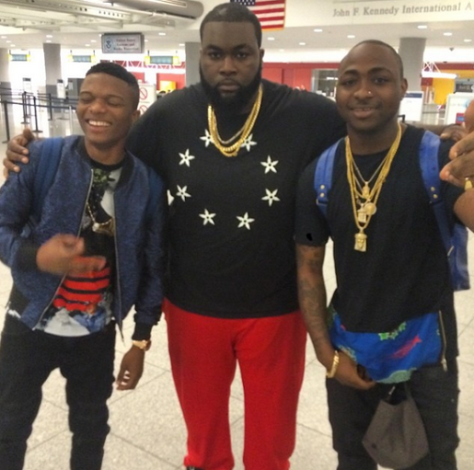 But apparently Davido’s fired shot was not directed at Wizkid, as they were both spotted, yesterday at JFK airport in New York.

The duo are currently in the New York city to perform at different shows.

The ‘Aye’ crooner, Davido, has been in the news a lot lately. From winning the Best International Act at the BET Awards, Africa’s Best Act at the Channel O Awards to being recently nominated for the biggest prize at The Future Africa Awards!

Just a few days ago, he was on about those who accusing him of showing off his wealth on social media to taking a swipe at those who “accused” him of graduating from Babcock University.

Well apparently it seems it comes with the price of being one of the popular singers in Nigeria.