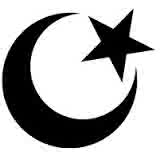 The federal government has commenced a crackdown on Islamic scholars, Muslim Rights Concern (MURIC) alleged on Sunday as it raised the alarm over the abduction of an Islamic scholar, Ustadh Abdul
Ganiy.

The Ogun State cleric and his wife, Shakirah were allegedly whisked away by suspected government agents at gun point while at their home located on Fagbemi Street, Off Ntabo Bus Stop, Ijoko, near Sango in Ado Odo Ota Local Government of Ogun State.

MURIC alleged that the abduction, which occurred at about 3.00a.m. on Saturday was carried out by soldiers,
who reportedly arrived in three vehicles, dressed in plain clothes.

Public Relations Officer of the Ogun State Police Command, Muyiwa Adejobi, however denied knowledge of
the incident as no official report of the incident has been made.

MURIC, in a statement by its director, Ishaq Akintola therefore charged security agents in the state to
produce the scholar and his wife, and arraign them in court within 48 hours of arrest as stated in the law.

Since the abduction, no one has been contacted about the whereabouts of the couple, the group said.

“The Muslim Rights Concern, MURIC, charges Nigerian security agents to produce the Islamic scholar and his wife whose abduction has started
creating tension among Muslims in the whole South West. We remind the security agents that nothing warrants such night invasion since there is no state of emergency in the region,” the
statement stated.

“We suspect that this may be the beginning of a crackdown on scholars of Islam in Yorubaland in particular and the whole Southern Nigeria in
general as part of the silent war on Islam in Western-dominated parts of the world,” Mr. Akintola added.

The group said the suspicion is fuelled by the allegation that another Lagos-based Islamic scholar also disappeared last week. He also recalled that the mysterious disappearance of Razaq Gawat, a popular Lagos-based Islamic
socialite and televangelist is yet to be explained after about 14 months.

“It is on record that millions of Muslims were killed in former Yugoslavia in the 90s. Muslims in
Myanmar (formerly Burma) were burned in public and their homes destroyed in 2013. Anti-Balaka
Christian militants also recently hunted down, slaughtered or roasted hundreds of Muslims in the Central African Republic. In July this year, China banned fasting among Muslims. A blind, intolerant and anti-Muslim climate pervades the
globe,” said MURIC.

Mr. Akintola said the killing of Muslims by Nigeria’s Boko Haram may be an orchestrated campaign being waged by unscrupulous elements in disguise with the aim of drastically reducing the population of Muslims in the country.

“We alert the Ogun State Government to this dangerous development. We appeal to Ogun State House of Assembly and the National Assembly to wade into the matter. The people’s
representatives must show concern when innocent citizens start disappearing. Meanwhile we call on Muslims throughout the country to
remain calm and law-abiding,” MURIC said.