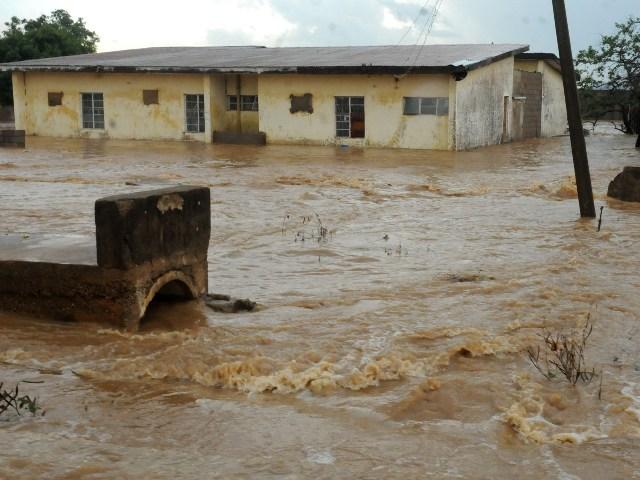 No fewer than three persons were confirmed dead following a torrential rain on Sunday in Igarra, headquarters of Akoko Edo Local Council of Edo.

Houses and household items were submerged by heavy flooding caused by the rain.

A witness, Akinola Onabiyi, said on Monday at Igarra that the rain, which started about 5 p.m., lasted for about eight hours had rendered hundreds of people homeless.

“The flood occasioned by the rain swept people off the road into a nearby bridge where the two persons died.

“Another victim, a middle aged man in Utua area of the community, was said to have visited a friend when the building collapsed on him. His body was also recovered from the debris this morning.”

The traditional ruler of Igarra, Adeche Saiki, confirmed the death of the persons, saying that the community was devastated by the flood.

Mr. Saiki called on relevant government agencies and good spirited individuals and organisations to assist the victims to restart their lives.

“We are shocked at the level of damage. Many houses have collapsed and some totally inhabitable as their structures have failed. We lost three persons; one of them an undergraduate who was coming home from
school.

“We need urgent assistance of both the local and state governments because many people are homeless now.

“For the dead, some of them have been buried today; the families need the support to continue their lives.

“We are appealing passionately to both the local government, state government and the Federal Government through the National Emergency Management Agency (NEMA) to come to our aid,” he said.