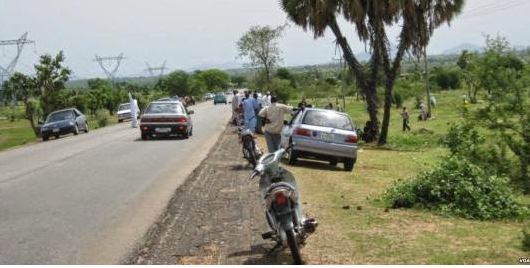 A German national simply identified as Mr Fisch has been abducted by gunmen in Gombi town in Adamawa state. According to Premium Times, Mr Fisch, who runs a free of charge technical school in Adamawa state was said to be on his way to work when he was abducted around 7am this morning around the Anguwan Faransa area of the town. A resident of the area said the gunmen laid a siege on the man’s house and accosted him as he came out of his house to enter his car

“The abductors laid siege on his house, and they came on motorcycles. As soon as the man came out and was about to get into his car, two persons on foot approached him and pointed a gun at him. They now called the two sets on motorcycles who approached them and they carried him away on their motorcycle. Almost everybody in this town knows him because he helps us a lot, especially in the area of repairing the town’s water bore holes. Most of the time he uses his own money to buy equipment and repair our boreholes,” he added.

When contacted, the German Embassy said they are yet to receive any report of any of their citizens being abducted but would immediately look into it