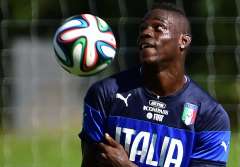 Adriano Galliani, the CEO of Acmilan has revealed the club have not received any transfer bid from Arsenal for their striker. Information Nigeria understands

The Gunners recently completed the signing of Alexis Sanchez, who’s versatility means he can play as a central striker. However, Wenger was initially interested in the italian forward before the former Barcelona stalwart.

Now Gallini has confirmed the North London club has failed to carry on with the transfer negotiation to the next crucial stage.

“We have not received any offer [for Balotelli] and at this time, there is nothing from Arsenal,” Galliani said.