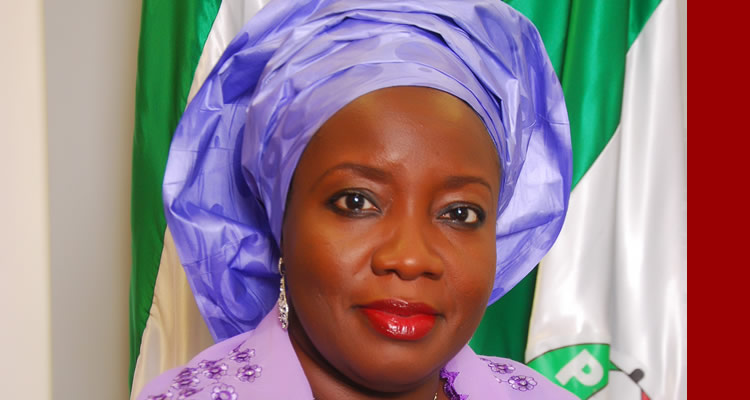 Members of the People Democratic Party (PDP) caucus in the House of Representatives on Tuesday urged President Goodluck Jonathan to run for the 2015 presidential election.

The Speaker of the House of Representatives, Aminu Tambuwal was conspicuously absent at the meeting.

Speaking with State House correspondents at the end of the meeting with President Jonathan at the Presidential Villa few minutes to midnight, the House Leader, Hon. Mulikat Adeola-Akande, said the caucus passed a vote of confidence on him.

She said: “We are PDP caucus of the House of Representatives, a meeting like this is not strange because we met with the President who is our leader.”

“We deliberated on issues affecting our party. The House caucus on our own decided to pass a vote of confidence on Mr. President and also endorse him for second term”.

On whether the President accepted their call for him to run, she said: “We did the endorsement and we are urging him to run for second term”.

On why Speaker Tambuwal was absent at the meeting, she said: “I am sure when you see Mr. Speaker, you will ask him, this is a PDP meeting.  Obviously, he will have his reasons why he was not at the meeting”.

According to the House Leader, security issues were also discussed at the meeting and the government was commended for efforts to restore peace in troubled spots in the country.