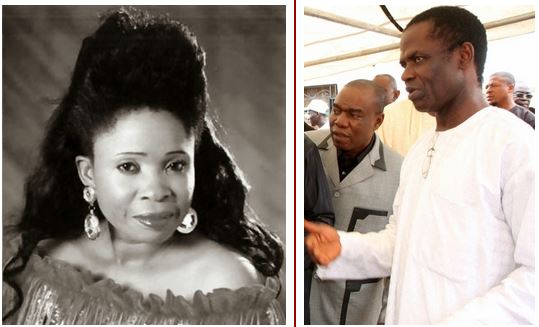 The husband of late iconic singer, Christy Essien Igbokwe, who put Nigeria on the world music map with her song, Seun Rere, Edwin Igbokwe, has opened up on his grief and denial following her death on June 30th 2011, saying he left her corpse in a room in their home for 3 months hoping she would wake up. Below is what he told Saturday Punch

That morning of her death, pastors and other prayer warriors ended morning prayer in her room; she whispered amen, and then slept off. It was exactly 9a.m. I felt dazed, shocked and awed when I was told I lost my ‘everything,’ my companion and the love of my life. Jebose, I caved into denial zone. We immediately moved her body to a room in our home, unknown to many. My late wife warned that her body must not be deposited in the mortuary. I had to respect her wishes. So we decorated a room in our house and laid her down. She was beautiful, peaceful in her sleep. The media and the enlarged burial committee members didn’t know where she was after her death. She lay in that room for almost three months. I was going crazy. I didn’t want to believe she would not wake up. She was smiling peacefully. I couldn’t believe it. I made sure I looked at her every day. I was confused, depressed, dejected and hopeless. The children began to monitor me. I was still in denial, hoping she was asleep… she would wake up. I kept reassuring myself. She never did.” Find the full write up after the cut…