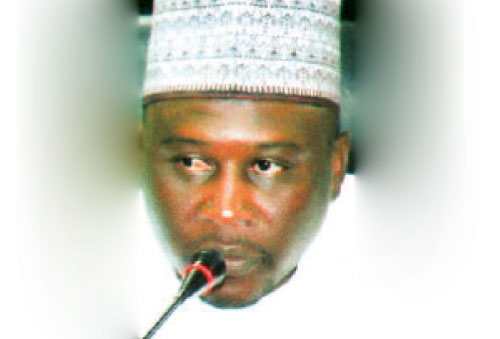 The Speaker, Adamawa State House of Assembly, Hon. Ahmadu Umaru Fintiri, has raised the alarm over the importation of mercenaries into the state, whose job he alleged, was to either kill or kidnap members of the legislature following the impeachment move against Governor Murtala Nyako and his deputy, Barrister Bala Ngilari.

The speaker raised the alarm in a statement signed by his chief press secretary, Solomon Kumanga, yesterday in Yola, the state capital.

Kumangar said as a result of threats against members of the House of Assembly, each member was attached a security detail.

“Some people who are not happy with what is going on in the state have brought in mercenaries to either kill or abduct our members; as such, each member was attached a security detail to safeguard him.

“We have it on good authority that those mercenaries have been given the photographs of all our members for them to carry out their nefarious activities”.

The speaker also denied knowledge of the two-day public holiday declared by the state government, saying the House of Assembly would continue its legislative activities unperturbed.

We had earlier reported that Gov. Nyako declared today, Monday 7th and Tuesday, 8th July, work-free days to according to him, “reflect on the current happenings in the country and to use the period to offer special prayers for peace in the country”.