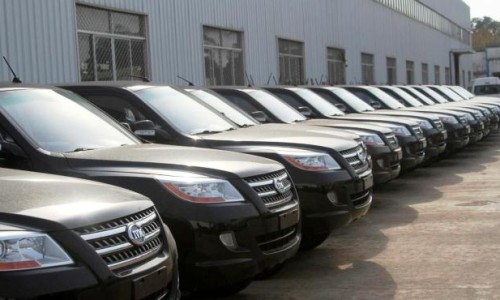 Nigeria’s leading indigenous automobile manufacturer, Innoson Vehicles Manufacturing Company Limited, has concluded plans to export its passenger car brands to West African countries, especially Republic of Benin and Ghana, as soon as the vehicles are finally rolled out from the company’s plant in Nnewi, Anambra State.

The products to be exported include Fox Sedan and Amazon car brands.

Chairman of Innoson Group of Companies, Chief Innocent Ifediaso Chukwuma, made this known at the company’s Nnewi plant during a brief preview of the company’s passenger cars to mark the formal takeoff of the auto policy.

He noted that Innoson-branded vehicles are genuinely indigenous, stressing that apart from being made in Nigeria, they bear a Nigerian name and not the monogram of any foreign auto brand.

Chief Chukwuma recalled that his plant was set up long before the introduction of the federal government’s auto policy and against all odds at a time when importation of foreign vehicles was an easier and far more lucrative option. He added, however, that the coming of the auto policy, four years after the production lines were officially commissioned by President Goodluck Jonathan in Nnewi in 2010, would help the growth and development of the local industry.

He also hailed the vision of the federal government in introducing the Nigerian Automotive Industry Development Plan (NAIDP), which the auto policy is part of, and called for increased patronage of made-in-Nigeria vehicles.

Chukwuma stated: “Innoson is the only auto brand name that you cannot get anywhere else in the world except in Nigeria, and I think it is correct to say that it is the symbol of the new auto industry being driven by the auto policy that has now taken effect in the country.

“In America, they are proud of their Ford and Chevrolet; in India, Tata and Maruti are respected, promoted and patronised by both the government and the citizens, because those brands are truly Indian in presence and in name; and in Malaysia, Proton which is also indigenous to the country is loved as the national car brand.

“In the Nigerian auto industry, there is no other made-in-Nigeria vehicle that bears a local name apart from Innoson. Others are foreign brands, though made in Nigeria. If you go to Europe, America and Asia or anywhere outside this country, you won’t see any vehicle called Innoson, because the name does not exist in any other place in the world except here”.