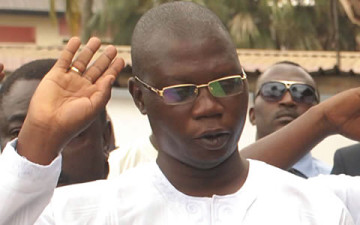 The National Coordinator of the Oodua Peoples Congress, Otunba Gani Adams, has said that it will be a difficult task stopping the Boko Haram insurgents from making incursions into the southern part of Nigeria.

He said unless the country is restructured, there was no way the issue of insecurity and other woes bedeviling the nation could be solved.

Adams made this known in an interview with a PUNCH correspondent in Abuja on Sunday.

He said, “If you don’t solve Nigeria’s problems through restructuring, it will be difficult to stop the members of the Boko Haram sect from infiltrating the southern part of the country.

“These are a people fighting guerrilla war. This war all over the wold is always difficult to stop. America with its network and compact security failed to,stop 9/11 bombing. Just of recent, there was a blast in the country.

“Even Britain, there was a bomb blast there. In Russia, it is the same. Ukraine, it is there. Look at what is happening in Kenya, which is a tourists haven.

The OPC coordinator said the only way to resolve the problem of Boko Haram was to allow self determination to be enshrined in the Constitution, adding that there was no way waging war against the insurgents can solve the problem.

According to him, “If we don’t solve the problem of restructuring, if we don’t allow self determination to be enshrined in our constitution, it will be very, very difficult to stop Boko Haram.

“No amount of security network from different parts of the whole word would solve it. We can solve it with ideology, not by using ammunition or weapons.

“That is one of 10 reasons we came for the conference. Not by the commander -in-chief wearing army uniform or posting a military administrators to the states as governors, who will proscribe some organsiations or role out laws that would favour some sections of this country. We are here to discuss the problems of the country”.

On whether the demand of the sect, which include Islamisation of their area could be met, he said that depends of the people of the area.

“If they say they want their own religion, the state they belong to can agree on whether to adopt Islamic constitution or not. This will douse the tension of Boko Haram instead of using our commonwealth, our resources to fight them with arms and ammunition. We can easily jaw-jaw than war-war to solve Nigeria’s problems”, Adams argued.