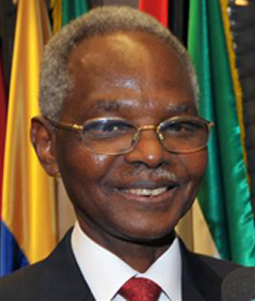 President Goodluck Jonathan has mourned the passing away of the former Minister of Petroleum Resources and one-time secretary general of the Organisation of Petroleum Exporting Countries (OPEC), Dr Rilwanu Lukman.

The late Lukman, who held several government appointments including minister of mines, power and steel and Senior Special Adviser to the President on Petroleum and Energy matters, died Monday morning after an undisclosed protracted illness in Vienna, Austria, a month to his 76th birthday.

President Jonathan, in a statement signed by his spokesman, Dr. Reuben Abati, yesterday, noted that it was with sadness and a feeling of great national loss that he received news of the death of Rilwanu Lukman whom he said the country owed a huge debt of gratitude.

Also, Senate President David Mark in his reaction, described the ex-minister’s demise as a huge loss to Nigeria.

In a press statement issued by his chief press secretary, Paul Mumeh, the senate president noted that Lukman was one of few Africans who left positive footprints on the sands of time.

In the same vein, former Vice President Atiku Abubakar, has described the late Lukman as the best oil minister Nigeria has ever had.

Atiku, in a statement by his media office in Abuja yesterday said, “I will describe Rilwanu Lukman as the best oil minister we ever had given his unmatched knowledge of the industry and the integrity with which he ran the ministry”.