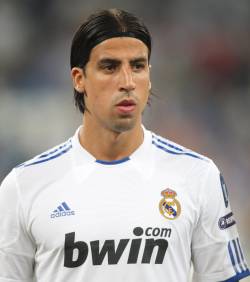 The Germany Midfielder has been tipped to join fellow compatriots Mesut Ozil and Per Merteshacker at the club, and it seems the deal is close to finalizing.

A reliable source told Information Nigeria that Arsenal transfer chiefs are already in Germany to persuade the player by striking a lucrative deal.

Chelsea’s boss Jose Mourinho has been monitoring the situation and is prepared to hijack the transfer.

Earlier, reports suggested the transfer for Khedira might collapse as Madrid asked for £30million excess, and the Gunners were not prepared to match their demands. Besides, Khedira is also asking for £150,000 a week, which would make him the highest paid player at the club.

But Arsenal are now prepared to fork out a sensible amount for the player.

A close friendship between Khedira and Mesut Ozil might also influence the defensive Midfielder’s choice to pick the NorthLondon club.