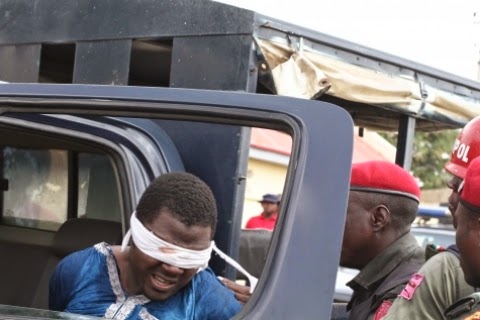 The man arrested in connection with the June 23, 2014 bombing of the Kano School of Hygiene, which left no fewer than eight persons dead and 20 others injured, has been released.

The man, identified as Nasir Maikudi Isa, a nurse working with the Federal College of Agriculture, Kano, was arrested at the scene of the blast by irate youths as he purportedly tried to escape.

The police had shortly after the blast, announced the arrest and a picture of Isa, eyes blindfolded and being led into a waiting police vehicle, went viral on the social media.

However, a report by Daily Trust indicates Isa was released by the police authorities after his culpability in the deadly explosion could not be established.

“It is true that we have released him. We did that based on the fact that after our investigation we found out that he has no hand in the incident. We discovered that he went there as one of those who were there to collect their admission letters. His colleagues in his office came and we have every reason to release him”, the report quoted the state police commissioner, Adenerele Shinaba as saying.