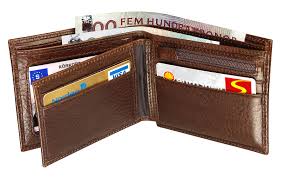 Just when you think the world is only full of bad news and depressing stories, the smallest acts of common decency can really brighten your day.

Take Mark Ruffalo, who got a big surprise after he lost his wallet last week: The actor learned that sometimes you can depend on strangers when a man tweeted at him saying he found his wallet in a cab and wanted to know how he could return it:

@MarkRuffalo I have your wallet. Found it in a cab in chicago on Friday. Let me know the best way to get it back to you. Thanks

“@Trezeduet thank you! Wow! Another point for the decency in people,” the 46-year-old actor replied, and asked the Twitter user to send him a direct message. He added, ” You are a hero!”

TMZ identified the kind Twitter user as Ross McHale, who apparently didn’t recognize Ruffalo’s name and had to Google him to see how he could get in touch to return the wallet.