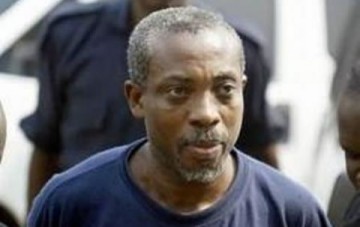 The Movement for the Actualization of the Sovereign State of Biafra, MASSOB, has vowed that no amount of intimidation, provocation or arrest of its members would stop it from pursuing and actualizing its objective of a sovereign state of Biafra, no matter how long it takes.

Leader of the movement, Chief Ralph Uwazurike, who made this known in an interview with Channels Television in Imo State, while reacting to the recent arrest of 26 members of the group in Okigwe Local Government Area of Imo State by the Army, said that for over 16 years, the MASSOB had remained a non-violent and non-terrorist group, whose conduct has not in any way caused chaos or fomented trouble in the South East.

He described the arrest of the 26 persons as childish and uncalled for just because they were seen wearing the Biafran uniforms.

Uwazurike said that the arrest was illegal because they were not found in any form of misconduct but were arrested on their way to Okigwe town where they accompanied him on an award ceremony in his honor.

Meanwhile, the Commander, 34 Brigade Artillery, Obinze, Brigadier-General Lanre Bello, has confirmed the arrest of 26 members of the MASSOB, who he said were in full regalia of the Biafra uniforms.

He said that in order not to cause breach of peace in the state, they were arrested by his men, who noticed some disposition, which was not properly defined.