Following the death of more than 300 peoples, including a Lieutenant-Colonel, by Boko Haram insurgents in the last three weeks in Damboa, Borno State, the Defence Headquarters yesterday stepped up activities against the sect and ordered troops to flush them out from Damboa. 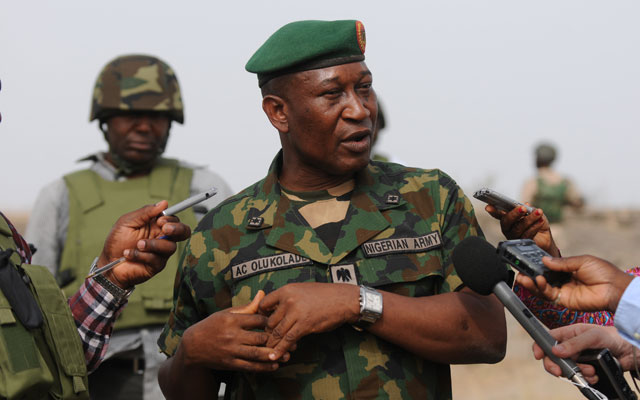 The campaign against the insurgents was stepped up in Damboa Local Government following reports that insurgents have hoisted their flag there as a sign of their authority.

But the DHQ assured that it would not allow any group to annex any part of Nigeria or hoist a strange flag.

The Director of Defence Information, Maj.-Gen. Chris Olukolade, who made this known yesterday in a chat with reporters, said the military had ordered troops to up the ante against the sect in Damboa and other vulnerable areas.

He said: “We have put in place necessary machinery, including the patrol of vulnerable areas, to check the insurgents. Activities are being stepped up to curtail the menace”.

Asked in what manner the activities had been stepped up, he replied: “I won’t go into details on the actions we have taken. I cannot disclose military plans.

“We will not say when troops will take charge of Damboa to avoid a repeat of the last ambush of these committed and loyal soldiers. But we are firming up deployment of troops to Damboa and other places.

“We are ready for the insurgents but we will prefer to keep our strategies to ourselves because of the nature of the battle ahead”.

Pressed to talk on the hoisting of Boko Haram flags in Damboa, Olukolade said: “From intelligence report, no hoisting of the flags was noticed in the sense that people are creating the impression. One or two persons may have hoisted flags in their compounds

“The Nigerian military will deny them any freedom of action against the people this country.

“Let me assure you that the military will not allow any portion of this country to bear any strange flag”.