Home News Feed More Than A Crush! Wizkid Confirms We Should Expect His Duet With...
Facebook
Twitter
WhatsApp

When Singer Wizkid tweeted that Rihanna called him amazing a few weeks back, he did not confirm whether there was a duet in the works or not.

he actually recorded a song with sensational bad gal Riri. 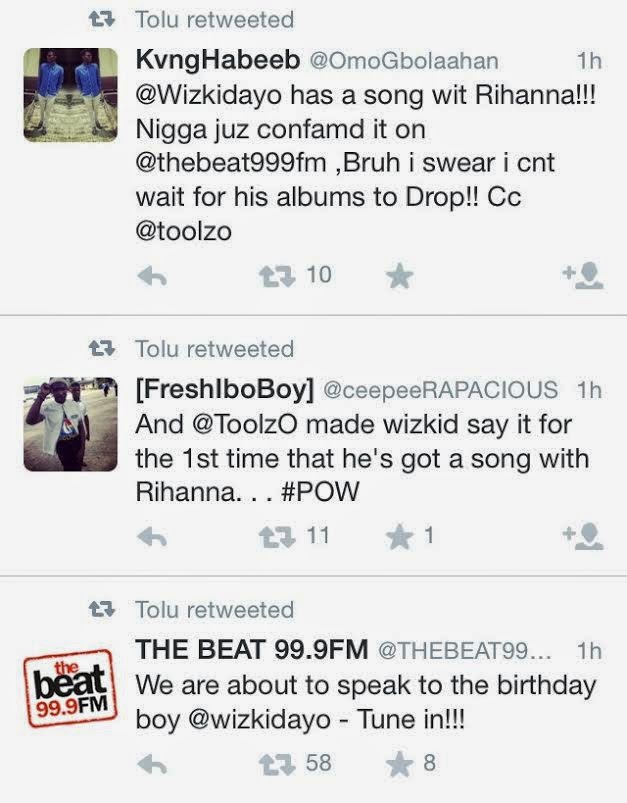