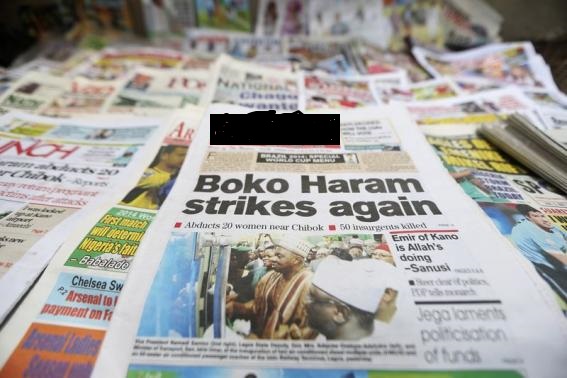 Minister of Information, Mr. Labaran Maku, on Wednesday took out the federal government’s frustration over the mindless killings in the country by the Boko Haram insurgents on the Nigerian media, alleging that the wide media coverage accorded the insurgents had been responsible for the escalating rate of their activities.

The minister, who stated this while State House correspondents at the end of the weekly meeting of the Federal Executive Council (FEC), said the copious attention being given to the exploits of the sect in parts of the country was all the motivation they needed to unleash terror on innocent citizens.

Maku, who spoke while fielding questions from State House correspondents, explained that terror groups all over the world thrive most where they get maximum media reportage of their activities, as the objective was to destabilise the polity as well as bask in their gory activities.

He said, “Editors are just too happy to make headline of the terrorists bomb explosion, forgetting that the more you give them headline the more they are energized because that is all they need to remain in business. If you black them out of the news for six months, they will feel frustrated.

“But as it is now, our media are fond of casting political headlines, attacking the government. They make it look as if it is the terrorists that deserved all the attention, when it is obvious that we are not dealing with enemies on one side. The enemies are with us”,

Noting that journalists in the country were yet to fully grasp the tactics used in guerrilla warfare, Maku noted that such war was often being lubricated by the hype being created through newspaper headlines and commentaries.

He lamented that what the media has succeeded in doing so far is to continue to blame government instead of joining hands with government to condemn and fight the terrorists.