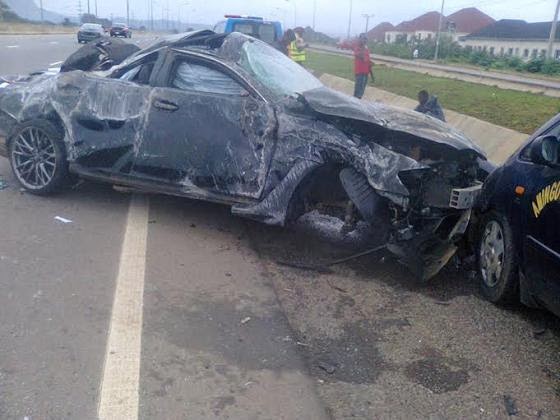 El Rufai’s son Hamza El Rufai died this morning in a fatal accident. Here are pics from the accident scene. Hamza was driving the black Lexus car (pictured above) when he ran into a stationery blue colored Volkswagen Saloon car around the Ningi Barrack along A.Y.A – Kubwa road aroudn  5.30am this morning July 29th.Two persons were involved in the crash but only Hamza died. According to the Federal Road Safety Corps, his corpse was taken to the national mosque by his parents while the crashed vehicles were deposited at the Maitama Police station. Continue to see more pics and GEJ’s message commiserating with El Rufai .. 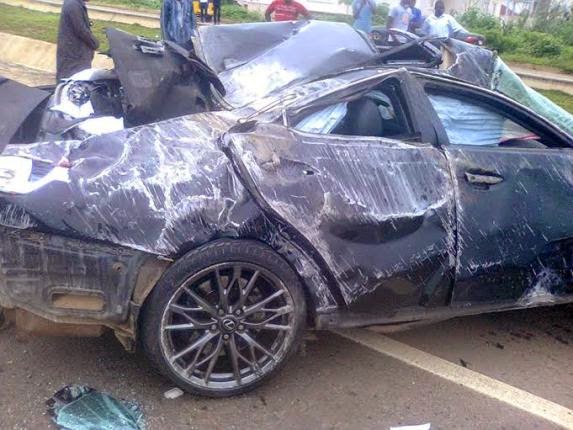 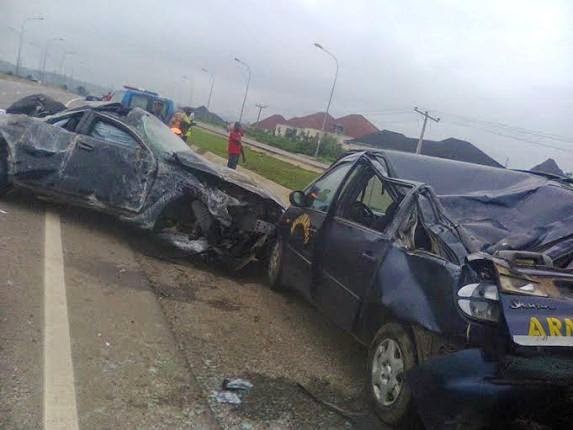 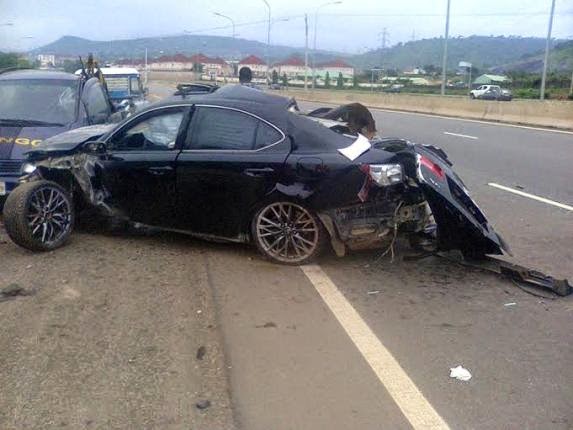 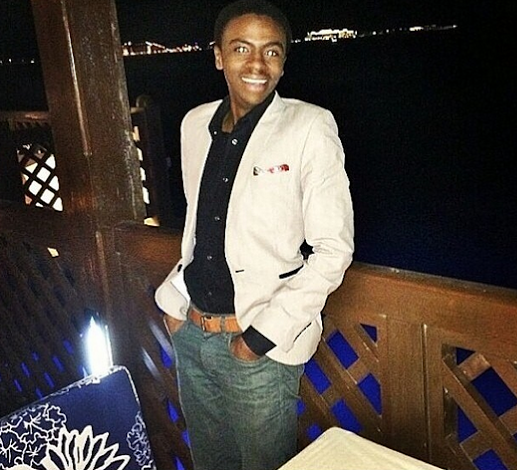 President Goodluck Ebele Jonathan has received with a deep sense of grief and shock, news of the sudden and untimely death of Hamza El-Rufai, son of the former Minister of the Federal Capital Territory, Mallam Nasir El-Rufai.

On behalf of himself, his family and the Federal Government, President Jonathan extends his heartfelt commiserations to Mallam el-Rufai and all members of the el-Rufai family.

The President says although no amount of words can fill the deep gap created by the loss of Hamza, he hopes that the outpouring of support at this moment by friends and associates will comfort Mallam El-Rufai.

President Jonathan prays for the peaceful repose of the soul of the departed and also for God’s blessing, comfort and protection for Mallam El-Rufai and the rest of his family.

Special Adviser to the President