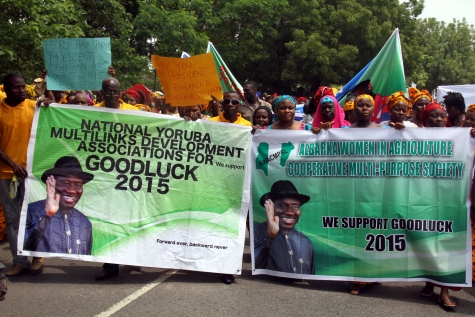 The pan-northern socio-cultural organization, Arewa Consultative Forum (ACF), on Wednesday described the mass movement of people from different parts of the country to Abuja for solidarity rally in support of President Goodluck Jonathan’s re-election bid, as a security threat to the nation.

The body also said such mass demonstrations by youths from certain sections of the country may portray them as insensitive to the plight of Nigerians, who have been under terrorist attacks and bomb blasts.

ACF in a statement signed by its National Publicity Secretary, Mohammed Ibrahim, said, “The movement of Nigerians to Abuja for such rallies may likely cause security breaches in the country.

“In as much as ACF is not against any peaceful rally or solidarity march by any group of persons in support of Mr. President or any cause, however, considering the insecurity in the country and in particular the northern region, where there have been spate of bomb blasts and attacks on innocent Nigerians.

“The ACF considered it as ill timed, ill-advised and a disregard to the feelings of other Nigerians affected by the security challenges.

“In view of this, ACF wishes to advise the authorities concerned to ensure that such solidarity demonstrations are properly guided to avoid any likely security breaches”.