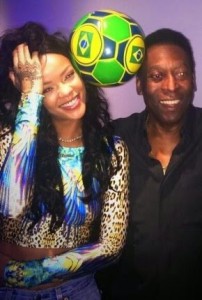 Rihanna keeps surprising us with more and more photos of herself in related soccer issues.

She was first sighted watching the finals between Germany and Argentina, where she raised her shirt up when Germany scored. Subsequently, she was spotted clinching the World cup while been kissed by German players, Podolski and Lahm.

Now she was photographed with legendary soccer star — Pele. 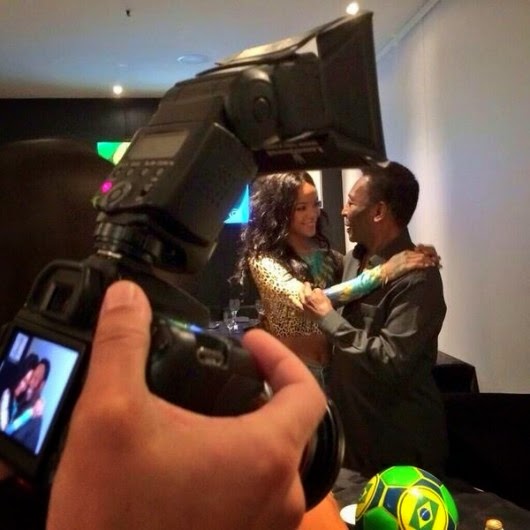