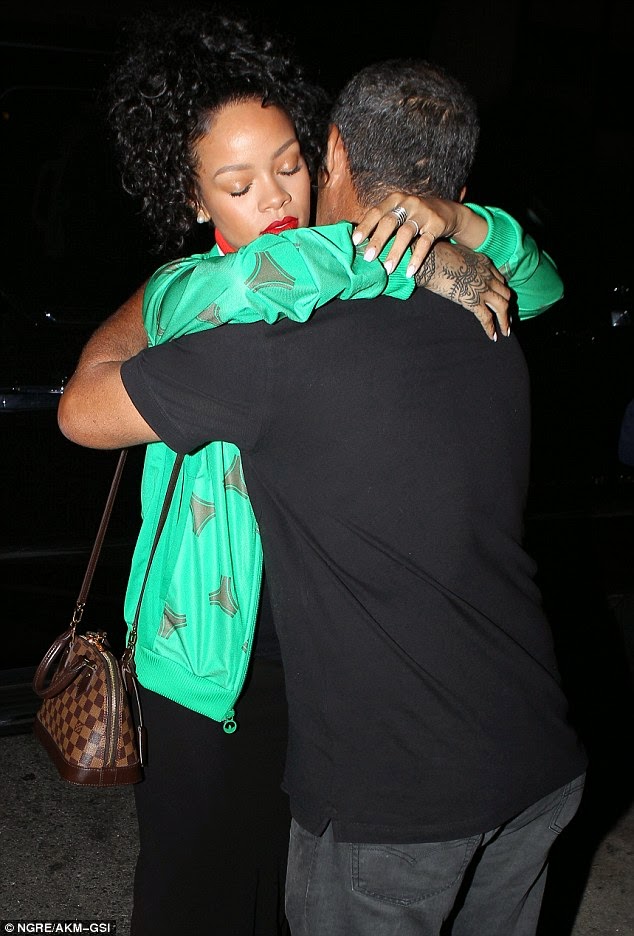 While Rihanna’s on and off again ex, Chris Brown was performing at the BET Awards, she was having dinner with her dad.

Rihanna and dad have been trying to mend their broken relationship. The relationship turned sour after her dad granted some interviews which he was paid for about her relationship with Chris Brown:

He kinda did something that was really upsetting – he turned his back on me and went to the media and just got paid to talk about stuff.All these little interviews he was doing after the situation in February. I hadn’t spoken to him and he was speaking as though we did (speak) and it was so disappointing to me.

She’s definitely dad’s girl as she bears more resemblance to her dad than her mum. 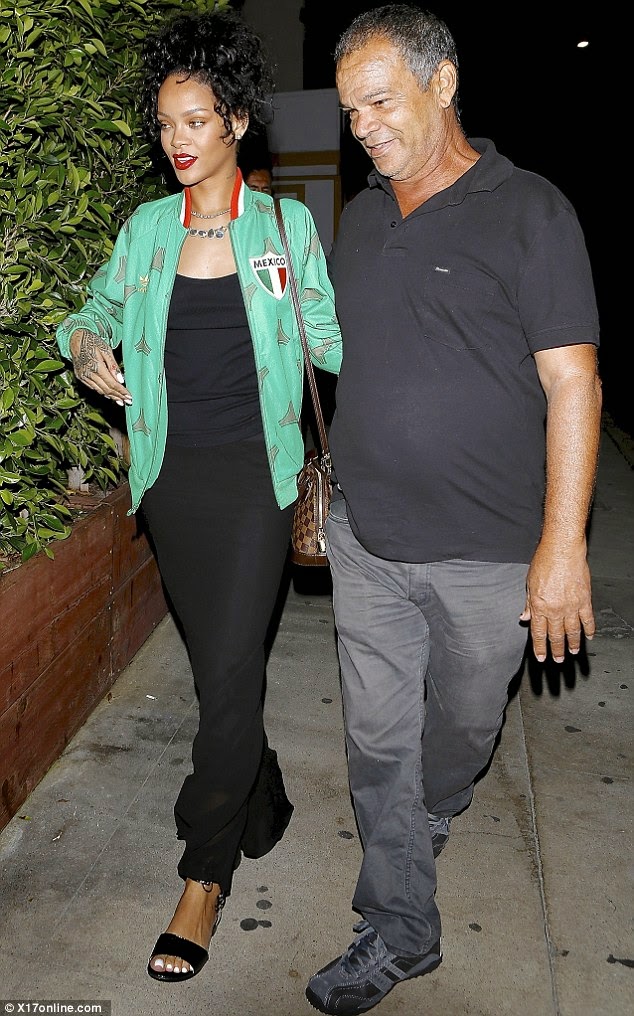 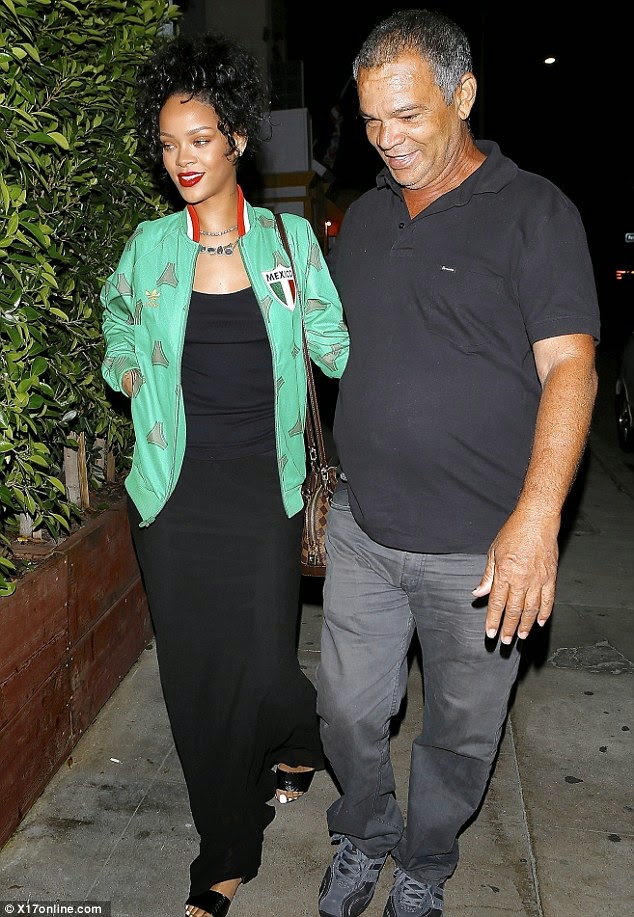 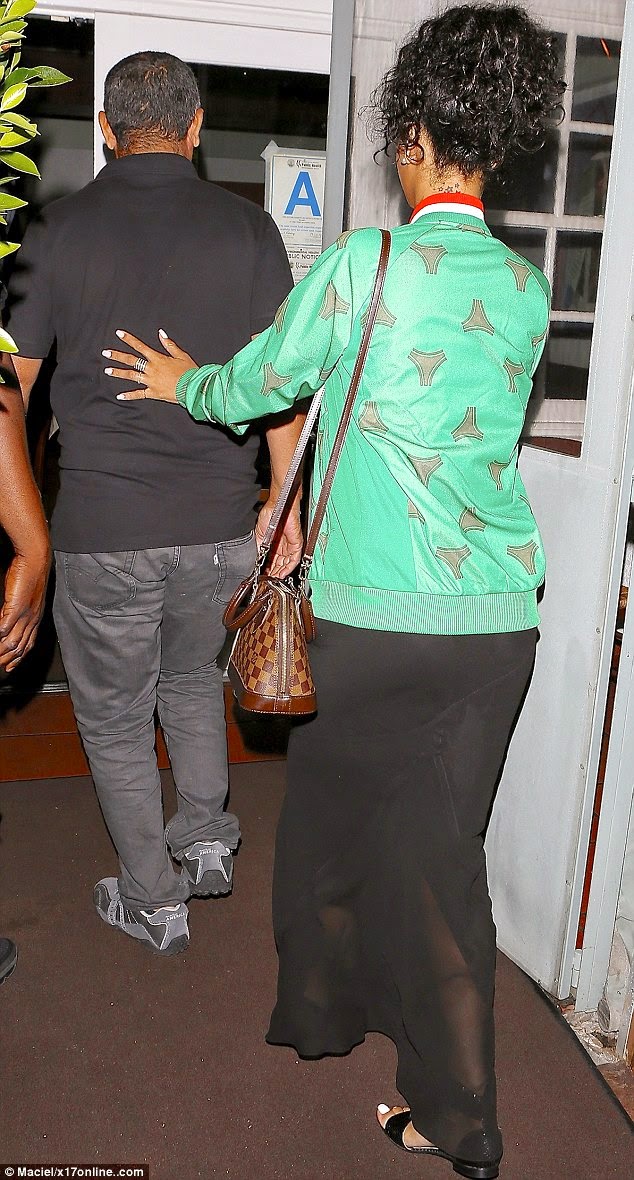