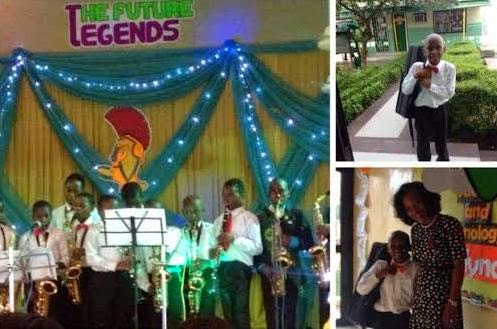 2face Idibia’s 1st son, Nino Idibia, is gradually becoming a young entertainer just like his father. He gave a very beautiful performance and his mum, Sunmbo posted the video on facebook.

When people who appreciated his performance commented on the video and linked his talent to his dad, Sunmbo was quick to respond saying:

Now what negative genes might Sunmbo be referring to? Let’s have your comments……..