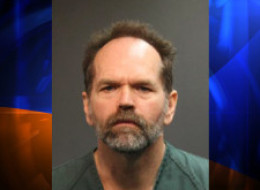 William Frederick Buchman was sentenced to three years formal probation and 100 hours of community service on July 10, according to KTLA. A judge also ordered him to attend a 16-week animal neglect prevention program, and banned Buchman from owning or caring for animals for five years.

He will also pay $17,000 as restitution for veterinary expenses and care for the hundreds of ball pythons that were discovered in his home in January.

Buchman, who is an elementary school teacher, was arrested after a neighbor called authorities to complain about the foul odor coming from the man’s house.

Responders arrived to find more than 400 ball pythons stored in the house. Police said approximately 280 of the reptiles were dead or dying, and others had gotten out of their containers.

“Some [were] in boxes, some in crates and some crawling around,” Santa Ana Police Cpl. Anthony Bertagna told KABC following Buchman’s arrest. The stench was described as “god-awful.”

In a statement obtained by KNBC, Buchman’s attorney explained that the hoarding came about due to his client’s depression.

“Mr. Buchman suffered a severe depression after the long terminal illness and death of his mother,” his attorney, Paul Meyer, said in a statement. “The depression paralyzed him and he tragically neglected the reptiles, which had been a family hobby.”