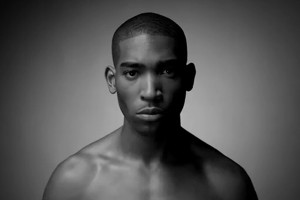 It seems like the pressure of dropping albums constantly isn’t something everyone can cope with. Uk/Nigerian singer Tinie Tempah has shocked his fans as he says he’s not retiring but he’s bored of putting out albums and thinks there are better ways to let fans hear his music using digital platforms and streaming services.

According to The Sun newspaper, he said: ‘This is a Spotify/iTunes/shuffle generation.’

‘I don’t think people really listen to albums completely from track one to 12.’

‘People now curate their own playlists so I think it’s clever to beat them to it and say, ‘Here it is, done for you.’

‘A third album will emerge some time but I think another after that is uncertain.’

Tinie Tempah who last released ‘Demonstration‘ in 2013, wants to release a series of EPs for fans and claims the rise of celebrity producers and DJs is killing the careers of singers.

He told the Daily Star newspaper: ‘Producers are the new rock stars but they aren’t the artists. It’s killing the opportunity for any real solid artists to have well-rounded careers.’

‘The charts are so producer-driven these days. Even though there’s a vocal on the song, it’s all about the beat and who made it.’

The 26-year-old star, who is performing at Wireless Festival in London and Birmingham this weekend, thinks there isn’t many ‘album level artists emerging’ because it’s all about tracks.

He said: ‘For example, Jess Glynne is an amazing new singer and I hope people don’t ignore her solo stuff just because it’s not with Clean Bandit.’