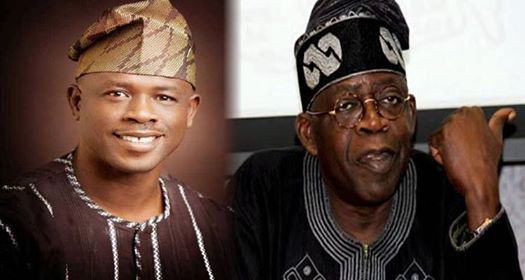 A former governor of Lagos State, Asiwaju Bola Tinubu, on Wednesday lampooned the ruling Peoples Democratic Party, PDP, and Minister of State for Defence, Senator Musiliu Obanikoro, saying the allegation by the minister that the emergence of Boko Haram could be traced to him (Tinubu) and some of his political associates, was unsustainable as unreasonable as it was.

Specifically, Tinubu, who described Obanikoro’s allegation as a political Boko Haram, which the PDP was the chief architect, noted that the ruling party and the minister were, by the said allegation, establishing grounds for another round of clamping down on opposition, militarising cities in the country, as well as flouting the democratic rights of citizen with impunity.

Tinubu, who is a national leader of the All Progressives Congress (APC), spoke through his media adviser, Mr. Sunday Dare.

He challenged the PDP-led federal government to step forward and explain to Nigerians why the over 200 girls kidnapped in Chibok were yet to be rescued, adding that they should explain why the Boko Haram insurgency continued unabated, despite the billions of naira that had been voted for security.

“Obanikoro’s allegation that Tinubu and his friends in the opposition created Boko Haram is both fallacious and untenable. It is the kind of fable that can only come out of the mouth of someone who is delusional; one whose intoxication with power is not in doubt”, Tinubu added.

In a statement signed by Dare last night, the ex-Lagos governor alleged that “the defence budget to fight Boko Haram and Terrorism has become a conduit pipe for the ruling party, PDP, just as the likes of Obanikoro continue to use Boko Haram as a tool of blackmail against the opposition. This time, just like it failed in the past, it will not stick. It will not stand”.

Accusing the PDP and the minister of aiding and abetting Boko Haram, Tinubu said, “It is the PDP led government in which Obanikoro is an active and pliable agent that is perpetrating the insurgency for pecuniary benefits. This government has no shame. It lacks the moral authority to point fingers at individuals or the opposition. The country is literarily on tenterhooks and all the PDP can do is lie to Nigerians in order to cover up its failures.

“The PDP is preparing the grounds for its next round of hounding opposition leaders, militarising our cities and violating the democratic rights of Nigerians to move freely. This is political Boko Haram of which the PDP is the Chief Architect”.

Insisting that Obanikoro’s allegation that it was him and the APC that created Boko Haram was untenable, Tinubu said, “This allegation is both unreasonable and unsustainable, but not surprising coming from the person it came from. Bola Tinubu and the APC have been on record repeatedly condemning killings and bombings by Boko Haram and proffering solutions to the menace.

“In Ekiti, we saw a dress rehearsal of the impunity and near brigandage of this government and its agents. Nigerians are urged to be vigilant before a few desperate persons steal our voices, our rights, our liberties and freedoms”.