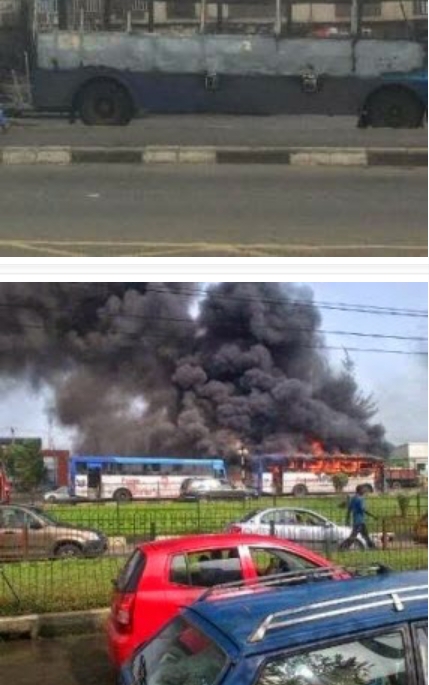 The Nigerian Army has denied the involvement of its men in the vandalism and burning of some BRT buses this morning at Palmgrove, Ikorodu road.

Speaking with Premium Times, the Nigerian Army spokesperson, Olajide Olaleye, blamed area boys for the attack.
“It’s not true that the soldiers destroyed buses or set any bus on fire. What happened was that a BRT bus knocked down a soldier and killed him. As usual in Lagos, area boys gathered and a few soldiers stopped at the scene as well. The GOC has dispatched military policemen to the scene to help restore law and order,” Mr. Olaleye said.
Blame it on the area boys when there’s photo evidence. 6 BRT buses and 3 other cars were burnt after the soldier’s rampage this morning. Even a female soldier was involved as seen below. 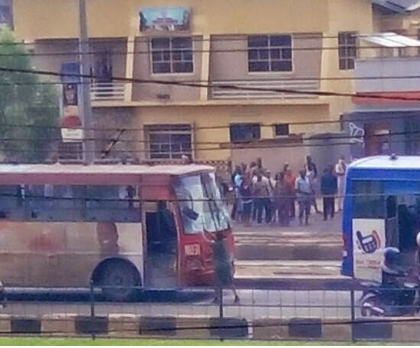