Comedian Wale Gates has come out and shared his story with his abusive father, as he tries to make sense of the Son who killed his father . 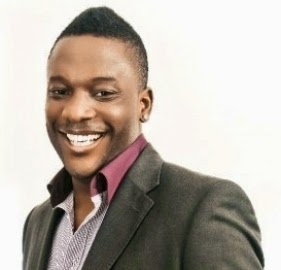 He talks about how he didn’t talk to his father for twelve years and how he wants his siblings to Respect him and not FEAR him.

In a Series of tweets he wrote,“It might come as a surprise but i have little sympathy for the young guy that murdered his RCCG dad.

I am not saying the boy is right, i’m saying i have a abit of smpathy for him cos 1 nite at d age of 19 i could have been in his own situation. My dad only beat your leg’s calfs with a cane which left you with scars that lasted awhile unfortunately i wore shorts to school.

The long lasting scars were more painful than the beatings cos everyone in school saw it and knew how i got it. Soon it progressed. As i got older late teens it progressed to heavy slaps, heavy slaps for nothing.

Like not washing his car to his standard. got seven for that. One night at the age of 19, we had a little disagreement so little it was pointless. And before i knew it my dad was raining blows and slaps on me.

All i did was just guard my face and took it, but he didnt stop. i was backed into their bedroom, fell across the bed with his long nails digging into my neck, i finally pushed pushed him off.

He rushed out of the room and stepped out to see where he was goingand then i saw him running towards me with a a coke bottle, i ran back into the room locking the doorbehind me. he kicked the door in rage saying all sorts. Unfortunately the door held, mum in shock stepped in. My brother stepped in and reminded him he was a church deacon and he couldn’t act like that.

I still sometimes wonder what would have happened if i couldn’t lock the door or he got to me, one of us would have been badly hurt at least. His preacher dad was probably no different from mine, whose idea of discipline was to descend into unnecessary over the top beating.

African parents sometimes cross the line between disciplining a child to torturing that child. He unfortunately snapped and lost it. It’s easy for some of you to focus on just his actions but not what led to it. 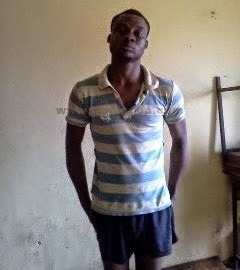 Years of probably constant beatings in the name of discipline. I know the bible says spare the rod and spoil the child, but i am sure there’s a common sense line somewhere. Some of the kinda beatings our parents gave us , we won’t give our own enemies let alone our own children thats how you know it was wrong. It’s easy to sit online and judge the young man but when face with senseless beating justified by religion and culture you might snap too.

Most of the strictest parents who constantly resort to beatings are actually very religious people. they wanna beat the devil out of you. Let me point out i was a regular child, i didnt smoke weed, steal or crazy stuff like that. I was a restless and playful child nothin more.

That boy that night was cornered battered animal, he was 21 no need to beat him and bite hi. he was no different from an abused wife, he snapped. Some people say i feared my parents, you are not meant to fear your parent.

Respect them yes but fear? No i don’t want my daughter to fear me. In saying these my dad came to watch me perform last year in Atlanta while i was in LWKMD comedy tour we hadn’t spoke in twelve years. Infact two years earlier 2011 while in America for a show i picked up my phone and called him, i knew that for me to move on i need to forgive him.

We get along well now , i actually believe he’s a better man now. He’s on my FB page, leaves comments and sends me prayers which i appreciate. By the way weed doesn’t make you violent, alcohol does. infact after smoking weed you will want to eat and not fight. My simple question is: would you beat your kids the same way your parents beat you? If your answer is No, then you know they were wrong.

For the fmily its a lose lose situatio, they now have a dead father and son who would most likely sentenced to death, for what was avoidable. As a father myself now i do things differently now. My daughter would respect and love me not fear me. I don’t wanna be FEARED. My wife on the other hand hardly go beat by her parents and she turned out very well with better morals than me. So beating isn’t the answer.”

He was refering to the case in which 21 year old Tolani Ajayi student of Redeemer University killed his own father.

Wale Gates is based in the UK and has worked with LWKMD touring the states and England.