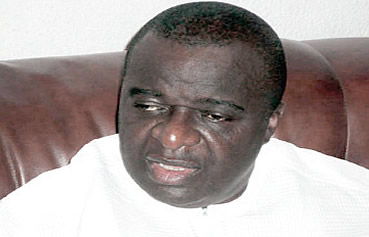 The South-East zonal chapter of All Progressives Congress, APC, has said it received the news of decamping of Senator Annie Okonkwo to the Peoples Democratic Party, PDP, without any iota of surprise.

The APC said the senator had been more or less playing the PDP Card.

In a statement issued by the spokesman of the party in South-East, Chief Osita Okechukwu, the APC said, “We cannot forget in a hurry how as the Deputy National Chairman South of the APC, Sen Okonkwo openly canvassed for APGA during the Anambra State gubernatorial election.

“He threw decency and official protocol to abyss as he did not even deem it fit to welcome leaders and national officers from all over the country to Onitsha flag-off campaign.

“APC South East has earlier alerted the nation of the monumental, endemic and pervasive corruption going on in the land under the watch of Mr President and that sooner or later PDP led federal government will use the proceeds to prosecute the 2015 general elections”.

“They have elected to adopt Do-or-Die approach to 2015 general elections and one of the instruments is opening its vault to poach fair weather members of the APC in what they dubbed Stomach Infrastructure.

“Our appeal to Ndigbo and Nigerians in general is to be weary of the Trojan horse as it is futile to vote again for President Goodluck Jonathan and expect him to seriously address the security challenge, provide adequate power supply, revamp the Enugu Coal, fix federal roads and place the 2nd Niger Bridge on the federal budget. For you cannot re-elect a failed team and expect different result”, the statement added.