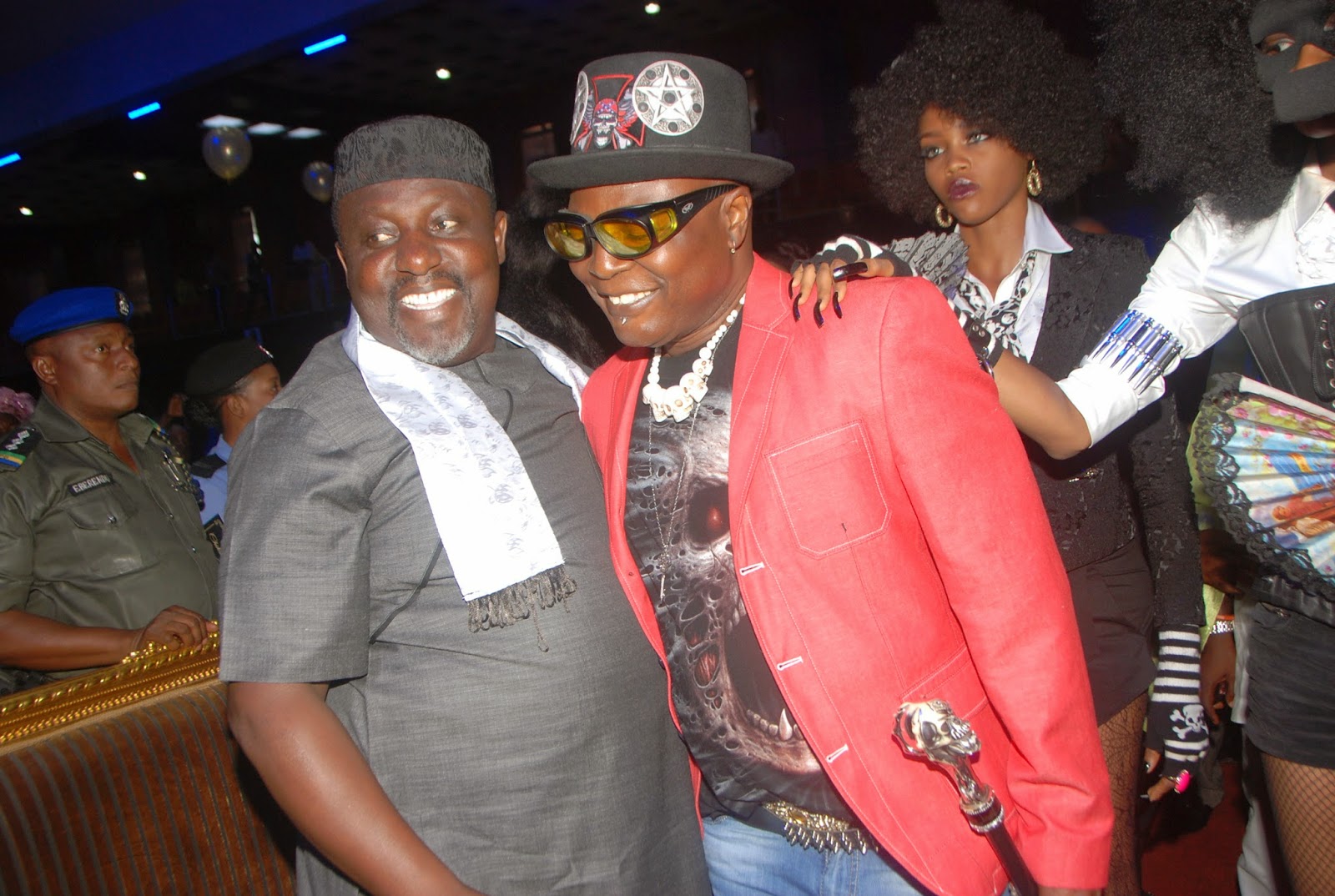 Charly Boy has explained to Vanguard’s Benjamin Njoku why he is angry with Imo State Governor, Gov. Rochas Okorocha and why he insisted politicians shouldn’t try to politicize his father’s burial. He also explained why he stopped being a man servant at a catholic church after 20years and now a Buddhist. Enjoy his interview below……

You gave your father a befitting burial. How did it go?

Everything went fine. We give God the glory. I feel a sense of relief now. Relief, because the troubles associated with burial arrangements have been over. The stress has reduced.

I quit smoking for over five years now,  but I started smoking again about three weeks ago because I was running mental, preparing for my father’s rites of passage.

I have had this discussion with him almost a year ago when I asked him how he would want to be buried and what would be his expectations. He replied saying that ‘ I know that no matter what I tell you now, it would end up being the Charly Boy show. Even at that, I would be happy but all I would say is this: don’t spend too much money.’

This is because he was a simple man nature. My father was always worried concerning how I do things because I have never done things in small measure. I thank God for his mercies that I was ready for this, mentally and spiritually. Though I would have wished that God had given us more time, but that is the reality of life. I am happy that I am able to give my father a befitting burial.

Were you happy with the way the burial was organised?

Nothing good comes easily. I delegated duties and that was what helped me. But to a large extent, as an event organiser, I would give myself a pass mark.

Were you satisfied with the level of state and federal governments’ participation in the burial?

I set out to bury my father without expecting anything from anybody.That was why I had kept saying, after my father’s death, that we are going to be responsible for his burial rites. We  fixed the date by ourselves and I wasn’t relying on anybody for anything. But if anybody wants to be part of the burial arrangement ,there’s no problem.

But it made headlines last Saturday that you snatched the microphone from Owelle Rochas Okorocha, Governor of Imo State, at the funeral service. What informed your action?

I didn’t embarrass him. You can believe anything you read from the dailies. But I can’t go out of my way to embarrass anybody. I only insisted that I wouldn’t tolerate people with bad political breath to preside over my father’s burial rites. The corpse belonged to the Oputa family, and not the state or federal government.

Being Charley Boy, my action creates a lot of controversies. I am not a politician and I can never be one.

I don’t do things the way every other person would want to do them. My own things are bound to be a little different. Integrity is my watchword and when I give you my word, you can go to sleep. I expect same from people who deal with me. I didn’t understand why somebody would graciously choose to assist us by making a donation to the family  and thereafter, they went on air to announce it.  That  was not a gentleman action and it was what really angered me.

Secondly, three days after my father’s death, I sounded a note of warning that it won’t turn to a political thing. You know the kind of father I had, and what he stood for. I don’t want them to politicise his burial rites. After they made the donation, and I never denied that they didn’t give us money. But I was embarrassed that they were announcing it over the radio and in the pages of newspapers.

We learnt  Okorocha paid you a visit at your place?

How can he visit my place when he has my telephone number? He should know I don’t reside here (in the village) and I have not returned home. It’s just a phone call, ‘Charles where are you? And I would tell him where I am. After all, he’s always in Abuja. What stopped him from putting a call across to me?

If he doesn’t know how to reach me even a truck pushers have my number, how much more the governor of a state?  If  he has a desire to contact anybody, he will do so with ease. How could he embark on a  journey to a place he is not familiar with?  These are the things we are talking about.

He didn’t deem it necessary to contact the bereaved family that he was paying us a condolence visit  before embarking on the journey. And when he came, he talked to one  ‘village boy’ who claimed to be representing the family. What’s all that rubbish for?

Was it what informed your action at the funeral service?

First of all, I am not a church goer. I am a Buddhist, though I was born into the Catholic doctrine. And part of my reason for not going to church is the fact that I have been to a lot of churches. For the first 20 years of my life, I was a mass servant. I was an ‘altar boy’ because my father was a disciplinarian.  If you don’t go to morning mass, you are bound to be in trouble.

I did all that for 20 years, and that’s the kind of background I was coming from. But things have changed regardingthe mode of worship in most churches. They spend more time than necessary. Why should we be praying for two to three hours non-stop? I have other things to do.  At the funeral service, I was told that Mr. President’s representatives and other dignitaries have arrived my home town.

Unfortunately, one of my legs was paining me, and that was why, if you were in church that day, I was sitting down throughout. People didn’t understand why I was sitting down. I couldn’t stand up for too long. Now, we have spent about two to three hours in the church. We couldn’t afford to give all the politicians that attended the funeral rites the opportunity to pay tribute to my late father. I felt the only person who should deliver a speech was Mr. President’s representative.

At that point, I was so stressed and tired. All I wanted was to commit my father’s remains into the mother earth. So, I insisted, as  the eldest son  of Justice Oputa, I decide how things were going to be done. At that point, I said please, no more talk, it’s too much, let one person speak so we can go and finish the business. That was what happened but you know people will misinterpret it. That is their business, not mine.